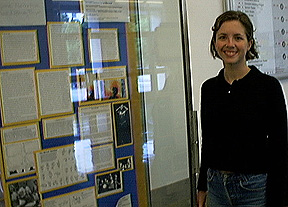 Amber will create a multimedia narrativelayering videos, performance, sound, and slidesand a written journal based on her experiences of culture shock as she explores her deaf identity as a young adult. Growing up, Amber was mainstreamed and considered herself hard-of-hearing, but had never met anyone from the Deaf community. This summer, Amber consciously immersed herself in Deaf culture and American Sign Language (ASL) for the first time. She visited the Professional Theater School of the National Theater of the Deaf (NTD) in Chester, Connecticut, observing deaf people engaged in the […] 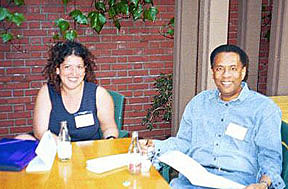 Stephanie’s project will explore the connection between consumption and self-identification within the rapso community of Trinidad and Tobago. Since the late 1960s and early 1970s, the Trinidadian musical form of rapso has been a vehicle for social change and cultural activism; however, to date, it has received almost no scholarly attention. In order to test her hypothesis that rapso offers a grassroots alternative to the colonial legacy of externally imposed identity, Stephanie will conduct field-research in Trinidad this summer, using participant-observation methods and formal and informal interviewing techniques with artists, […] 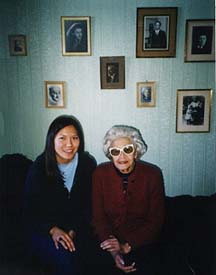 Anny will investigate Asian-Latin literary production in Argentina, focusing particularly on a vibrant literary community of Chinese and Japanese immigrants and descendants in contemporary Buenos Aires. In order to understand how these Asian-Latin writers represent their multiple identities in a homogeneous culture lacking a multicultural vocabulary, she will travel to Buenos Aires this summer to interview writers and editors and to examine published and unpublished works. In addition to conducting face-to-face interviews, she will be undertaking primary source research at cultural center archives in Buenos Aires that house contemporary materials, […] 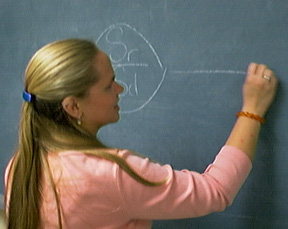 Combining research with creative expression, Marisa will be exploring digital storytelling, a new multimedia narrative form that uses images, film, text and sounds that are electronically stored and retrieved via computers. She will be investigating the structural/narratological characteristics of this new medium in order to theorize the points of divergence between analog and digital narratives and to test her hypothesis that digital storytelling endows authors and readers with greater agency. She will be looking most attentively at digital stories that are autobiographical, in order to study the nature of digitally-generated […] 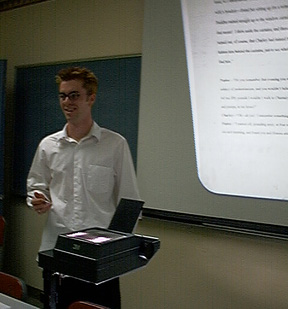 Matthews project will take him to the British Library in London this summer, where he will investigate the censorship of plays during the transition from Victorianism into Modernism. In particular, he will be examining the significant role the Lord Chamberlain played in maintaining English morality through his censorship powers. Taking Foucaults theories as a starting point, Matthew will test his hypothesis that the Lord Chamberlains censorship activities, which were deployed inconsistently, were less concerned with the maintenance of decency and morality than they were with who had the authority to […] 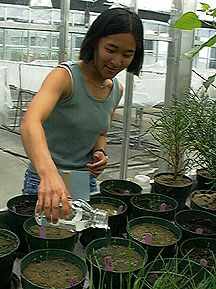 Through a series of experiments conducted at a UC Berkeley laboratory greenhouse and at the Agroforestry site in Five Points, California, Anita will investigate the physical, chemical and biological factors that produce high rates of selenium volatilization from the soil-Salicornia system. An essential trace element that becomes toxic at high concentrations, selenium is currently a big concern in the San Joaquin Valley. The volatilization of selenium is a promising new technique for land reclamation. Whereas traditional phytoextraction methods sequester selenium in plant tissues, volatilization can potentially remove a significant amount […] 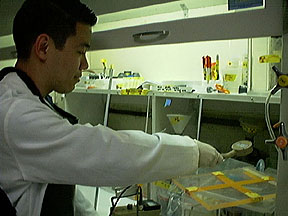 Brian will investigate apoptosis, an active choice made by an individual cell to embark on a pathway that ultimately results in its demise. It is generally accepted that apoptosis plays an important role in eliminating damaged cells and maintaining a stable cellular environment; however, relatively little is known about the regulator and effector molecules that may be involved in initiating and relaying apoptotic signals. By increasing our understanding of the regulatory role of the serum and glucocorticoid regulated kinase (sgk) protein in apoptotic signaling, Brian’s project will have implications for […] 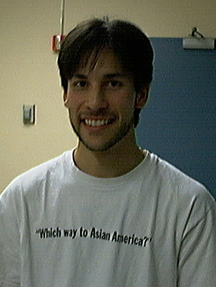 Loren will undertake a case study of a group of musicians who have recorded for the AsianImprov Record (AIR) label. These musicians have pioneered a musical sensibility commonly known as “Asian American Jazz,” which combines traditionally African American musical styles with Asian instruments and approaches to composition. Through a combination of oral histories with key members of the music community on the east and west coast, a musical analysis of albums recorded under the AIR label, and a review of the theoretical literature on ethno-racial formations, Loren will explore the […]

Marisa’s project combines historical research and creative expression to explore the gentrification of one of San Francisco’s historically working class neighborhoods. Formerly a shipyard and port-based community, the China Basin/Mission Rock district has undergone recent rapid development, leading to the demolition of historic buildings and the displacement of native locals. Marisa intends to research and document the history of the neighborhood and to create a site-specific installation accessible to the public at an abandoned lookout point overlooking the San Francisco Bay. Finally, she will create a website combining a live […]