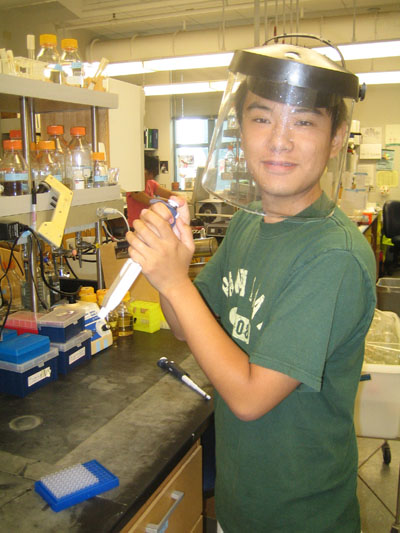 In his project, Jason intends to examine the possibility of site-targeting or HR in the PSY gene of Chlamydomonas reinhardtii a unicellular alga and a model organism for studying photosynthesis. He will generate mutant populations through transformations with a plasmid containing a defective copy of the PSY gene and will then screen for successful gene-disruption by selecting for a white phenotype and antibiotic resistance. Further experiments will examine the locus of recombination, enabling design of new plasmids to target mutagenesis of other genes for an efficient and cost-effective method of […] 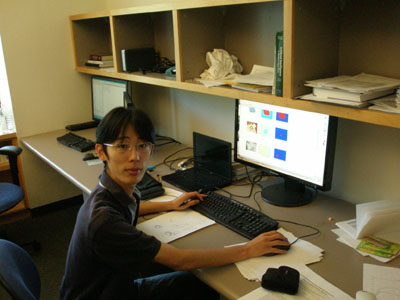 Current Bio: Since graduation, Joseph completed his PhD at MIT and postdoc at Stanford. He started a tenure-track faculty career at the University of Southern California, and is leading the Cognitive Learning for Vision and Robotics (CLVR) lab. He works on teaching robots to learn and solve complex physical tasks, such as furniture assembly. Haas Scholars Project: Object recognition is a major unsolved problem in Computer Vision. The main goal is for computers to detect and to recognize objects in the given images and videos. In this project, contours will […] 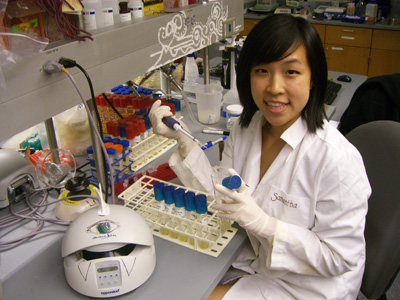 In order for synthetic biology to overcome the limitations of using only naturally-derived biological activities, tools for developing and identifying engineered genetic components with desired biochemical, enzymatic, or regulatory properties are greatly needed. Samantha is building a genetic threshold-gated memory selection circuit incorporating positive/negative selections and an irreversible Cre recombinase excision circuit in the E.coli genome. With this device, bacteria will exist in one of two mutually exclusive antibiotic-resistant states depending on whether or not they exhibit a desired activity, and Cre recombinase expression will serve as the switch between […] 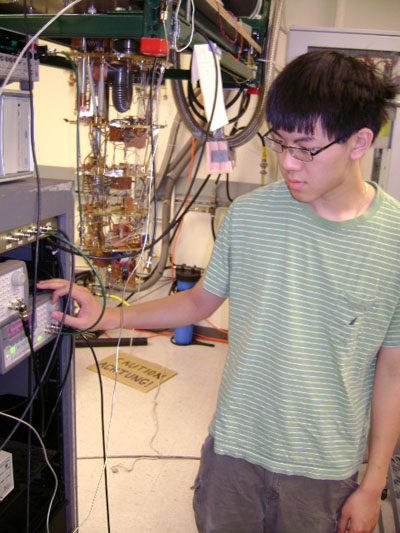 The field of quantum mechanics has produced many technological breakthroughs including the MRI scanner and Scanning Tunneling Microscope. However, probing the dynamics of particles such as electrons, which are best described by quantum mechanics, on a reasonable time scale has been a long term challenge. James Lee’s project aims to manipulate and measure the spin of electrons on a microsecond timescale. This will be accomplished through the Single Bohr Magneton Detector (SBD) project, under development in the Quantum Nano Lab at UC Berkeley. The SBD is a superconducting device that […] 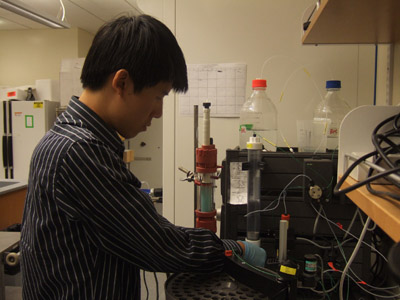 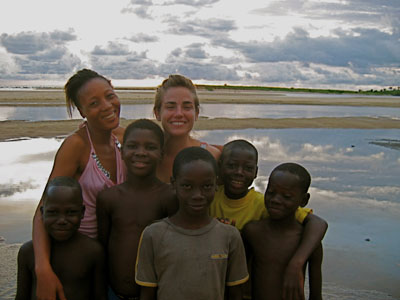 Throughout the Sierra Leone conflict, many girls and young women are abducted and sexually abused. The result of the abuse and suffering is often pregnancy. Especially after the end of civil war in 2002, young mothers who return to their communities confront social stigmatization. This has had marginalizing effects for both mothers and their children. Eva Holt-Rusmore’s research will address the effects of community stigmatization on the children of young mothers. Ethnographic observation of these children’s lives through participation in a Freetown school, as well as informal interviews with individuals […] 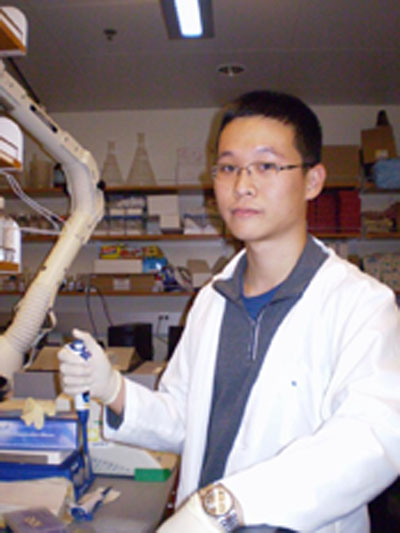 Muscle stem cells, or satellite cells, are located in muscle fibers and are responsible for muscle repair in mammals throughout adult life. As individuals age, the capability of satellite cells to repair muscle dramatically declines. The loss of such capabilities can be related to the host environment, in that extracellular niches provided by old hosts hamper their ability to regenerate muscle, regardless of the origin of the cells themselves. Say Tar hypothesizes that this can, at least in part, be linked to their reduced ability to repair DNA in an […] 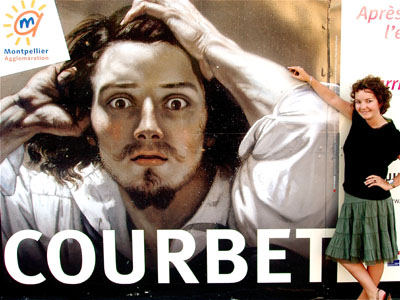 Sonia Fleury’s project will primarily address notions of history and its construction in art and contemporary cultural media–newspapers, magazines, and political/popular prints–during the 1848 revolution in France. Receiving special attention will be the artwork of the 19th century realist painter Gustave Courbet, whose Burial at Ornans challenged traditional notions of history painting in its depiction of provincial bourgeois at a funeral. Does Courbet’s assertion that history painting is by its very nature contemporary parallel broader shifts in conceptions of history during this radical revolutionary moment, whereby history was seen as […] 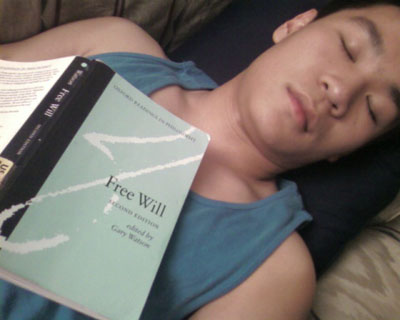 On one hand, determinism claims the necessity of physical laws, together with the state of the universe at any moment, entails that what happens next must happen. On the other hand, when a person acts wrongly and gets blamed for his action, we seem to presuppose that he could have acted differently. Does determinism, or the objective view of science in general, threaten the notion of moral responsibility? Is our practice of holding people responsible ultimately unjustifiable? Incompatibilists say yes; compatibilists say no. In the summer of 2008, Tony will […] 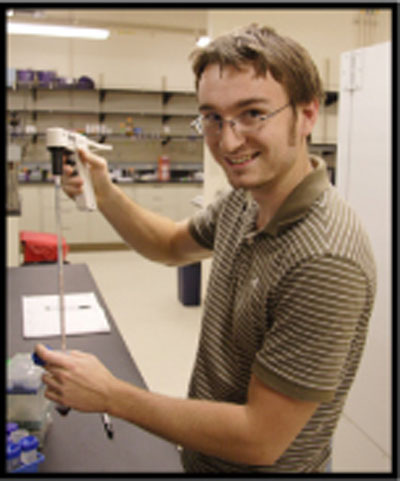 A renewable energy source is becoming a necessity as fossil fuel reserves dwindle. Using microbial fermentation processes, it is possible to harvest plant biomass and convert it into second-generation fuels. Current industrial focus has been placed on ethanol production. However, this compound is not ideally suited for a liquid fuel replacement. A biochemical pathway has been expressed in Escherichia coli that produces 1-butanol, a much more suitable fuel source in terms of both transportation ease and energy density. Experiments have shown that the pathway is active, but there is a […]