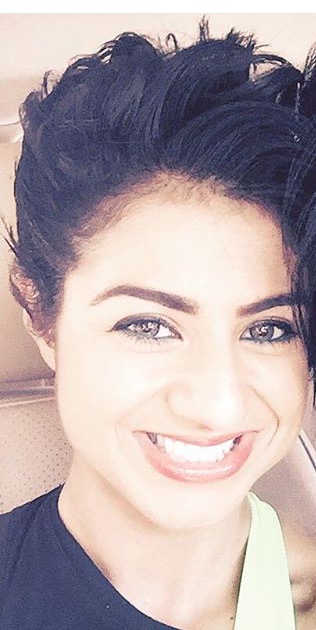 The gender gap in STEM fields in the U.S. continues to be a detriment to women’s advancement. While women represent almost half of the US workforce, only 25% of STEM-related jobs are held by women. Research suggests several sociocultural factors that may account for this gap; however, there is no current research exploring the impact of the traditionally male-dominated environment in higher education within STEM departments and female students’ academic self-efficacy. Mehrnaz’s proposed research will investigate whether or not there is a connection between a graduate student instructor (GSI)’s gender […] 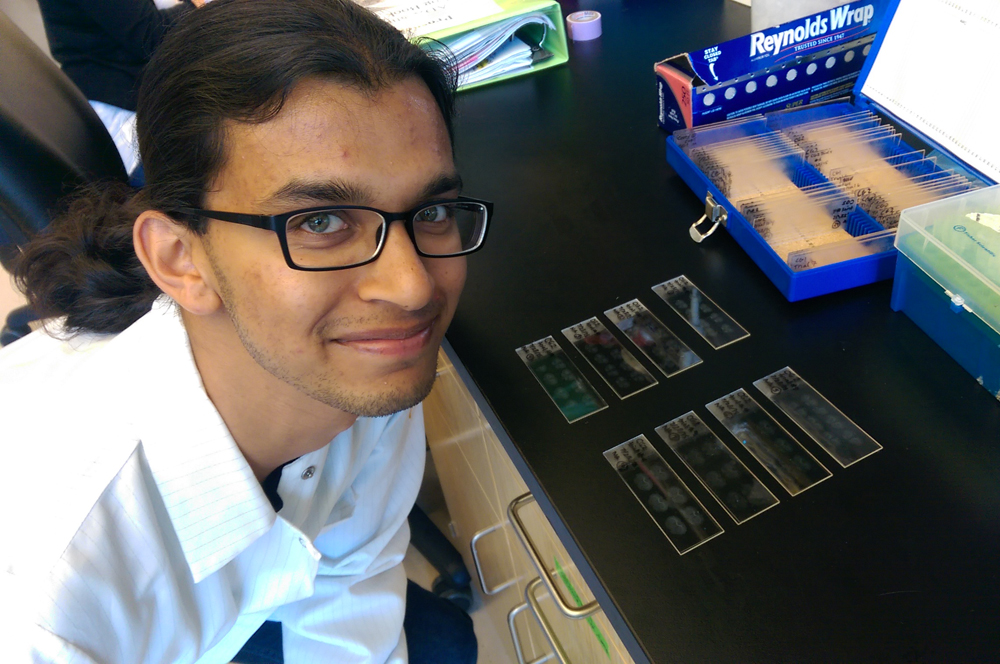 Humans display an intrinsic capability for prosocial behaviors: behaviors undertaken to benefit others. Stress disrupts this capability but also induces neurogenesis in the hippocampus, a brain region that functions in social memory. Understanding the relationship between stress and prosociality allows better treatment of diseases such as Autism Spectrum Disorder and depression, as the asocial nature of these disorders puts affected individuals at increased risk for anxiety. The neural and hormonal basis of this relationship is explored through a behavioral paradigm involving rats. Given that the hippocampus directly projects to components […] 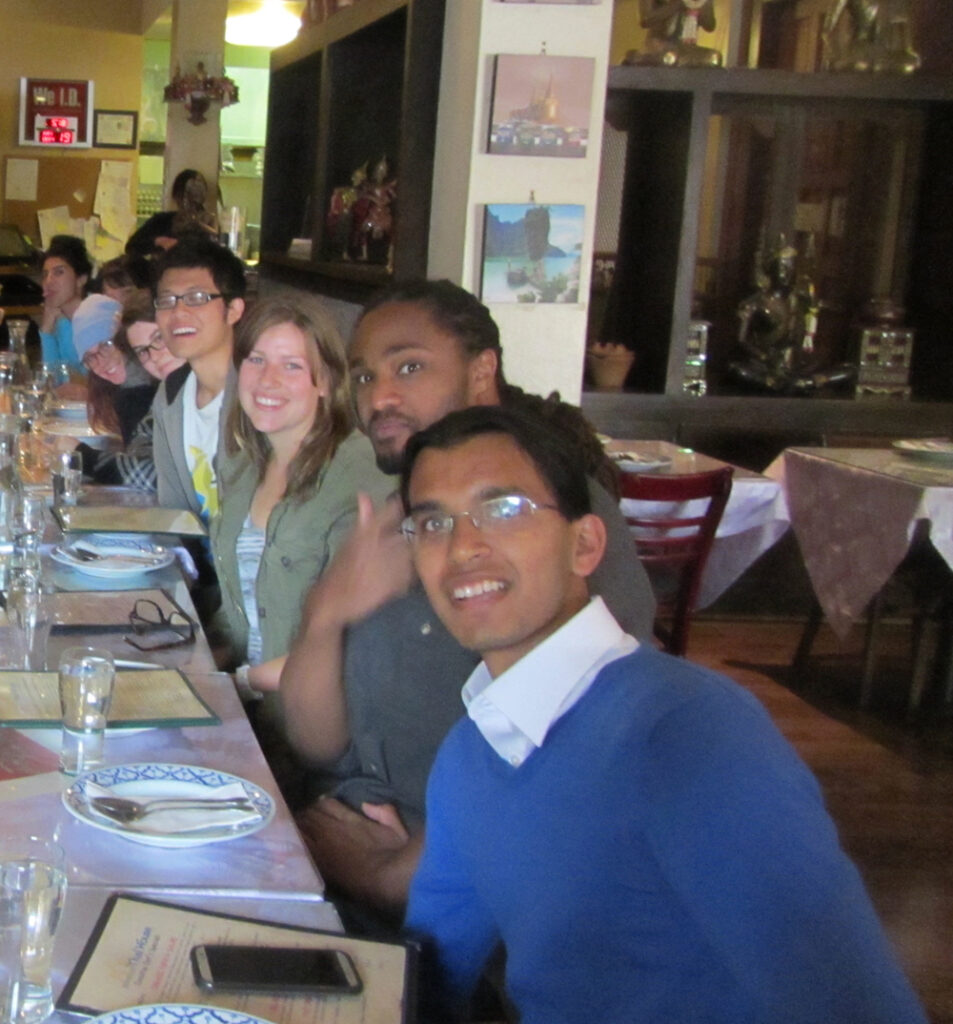 Researchers have found that, in general, positive emotions lead to greater creativity (operationalized as increased cognitive fluency, flexibility, and divergent thinking) than do negative emotions. Increasingly, innovations and gamechanging insights are the product of not one creative person, but teams of people working together to produce results. It is essential to understand how creativity functions within groups, and how/which emotions play a role in increasing the creativity of these groups. Kristophes proposed research project addresses the question of how different positive emotions influence group creativity. Specifically, he will test whether […] 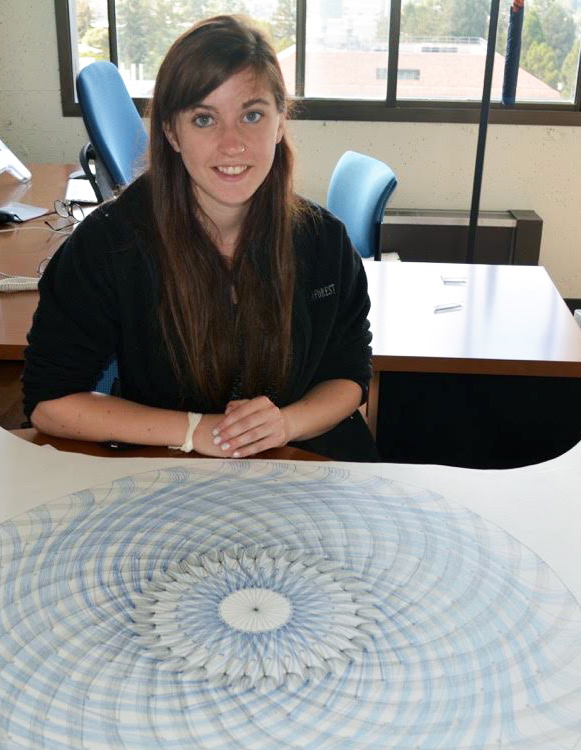 Sophia is studying regular embeddings of complete graphs on powers of two vertices. A complete graph is one in which each vertex is connected to each other vertex. Loosely, if one starts with a prime power number of vertices, it is possible to symmetrically connect the vertices in such a way that none of the connecting lines cross on the surface of a torus (think doughnut) with a certain number of holes. There isn’t a constructive way to create a visual representation of the embedding of the graph. Sophia’s project […] 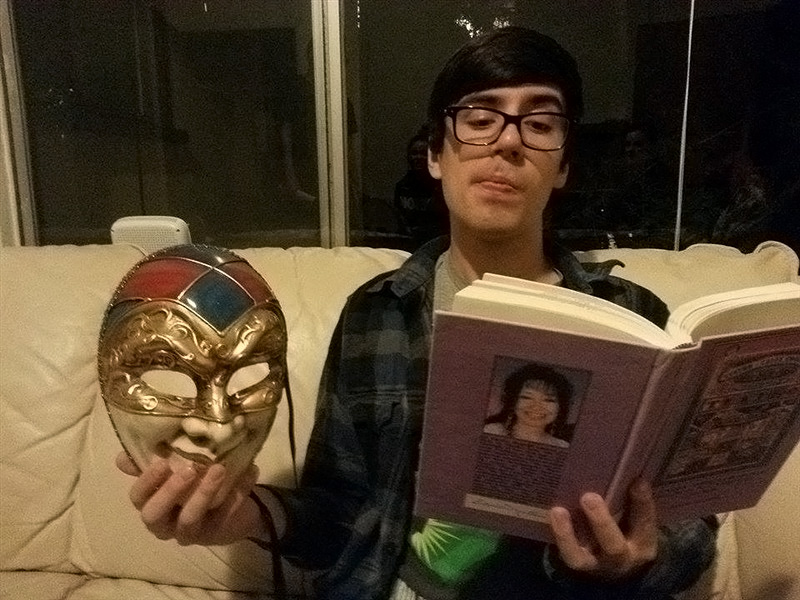 In the year 1890, more Italian-Americans immigrated to the United States than any other ethnic group. They brought their culture along with them, and Italian theatres began to spring up in their urban ethnic enclaves, where Italian performing culture could survive in the new world. However, America had been exposed to Italian theatre before its founding, and that appreciation for Italian performance contradicted rising distaste for Italian immigrants, who were viewed as ethnic inferiors via eugenics. How did Anglo audiences reconcile these two contrasting views on Italian immigrants and their […] 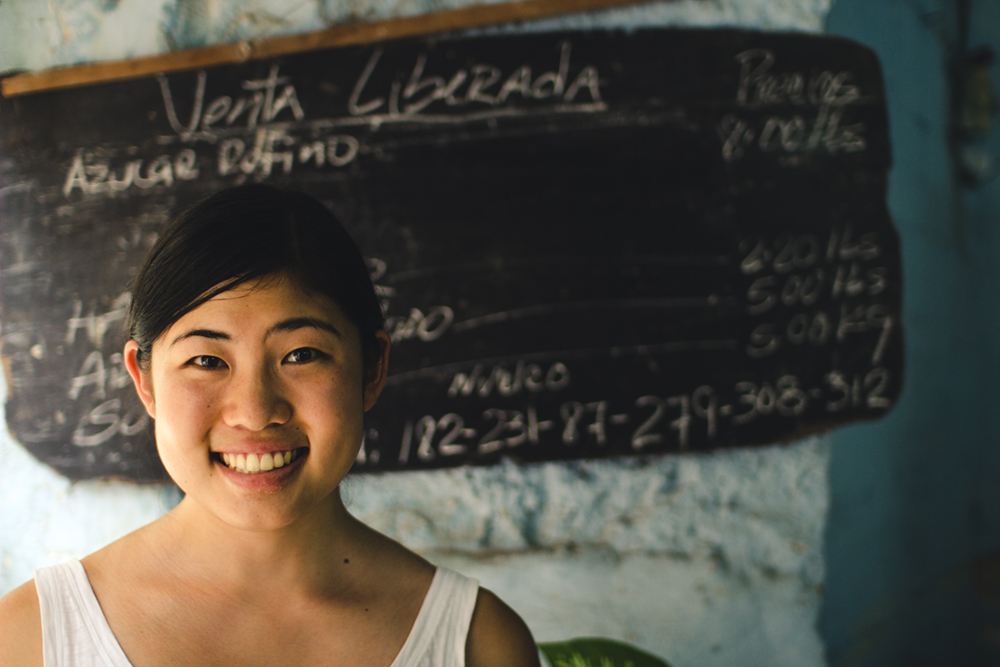 Among the Cuban Revolutions socialist reforms, none has influenced daily life more than the food rationing system. Since 1962, Cubans have used the libreta de abastecimiento (supplies booklet) to obtain monthly rations from state-run stores. The system enjoyed initial success, but the libretas efficacy diminished over time and today covers only ten days of food per month. Through historical analysis of the libreta, Kaylee will research how Cubans interacted with the state through food distribution, and how the rationing system affected standard of living. In Cuba, she will conduct interviews […] 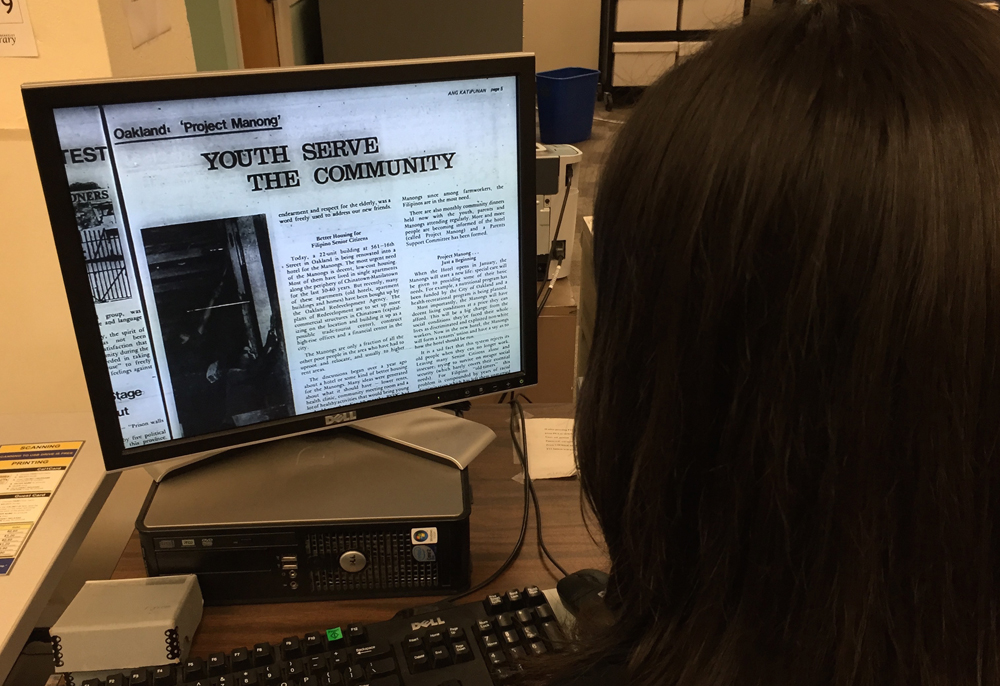 The colonial relationship between the Philippines and the United States has shaped both migration patterns from the Philippines and Filipino community formation in the U.S. since the start of the 20th century. Minda’s research will examine this ongoing legacy through the case study of Project Manong, a 1970s housing and services project for elderly Filipino laborers initiated by youth and students in Oakland, California. Minda will use ethnographic interviews and primary sources to interrogate the role of race, space, gender, and age in shaping the need for Project Manong, and […] 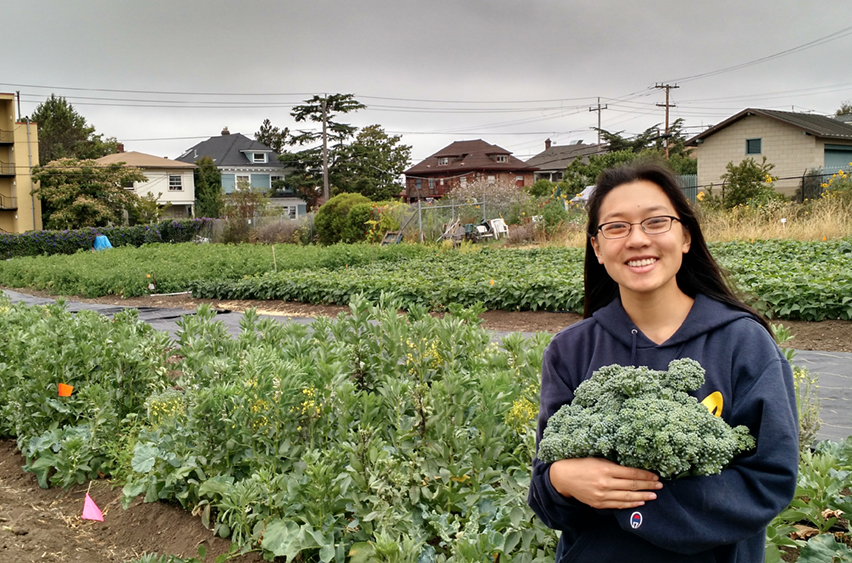 Intercropping with legumes is an agricultural practice where crops are cultivated with a legume, commonly fava, that is capable of fixing nitrogen and increasing soil fertility. Juliana’s study aims to measure the effect of crop spacing and density on facilitative and competitive interactions for nitrogen and phosphorus in an intercropping system of fava bean (Vicia faba) and broccoli (Brassica oleracea var. italica) in a combined greenhouse and field experiment. The field experiment will implement varying treatments of spacing, fava density, and harvesting time. The greenhouse experiment will incorporate root barriers […] 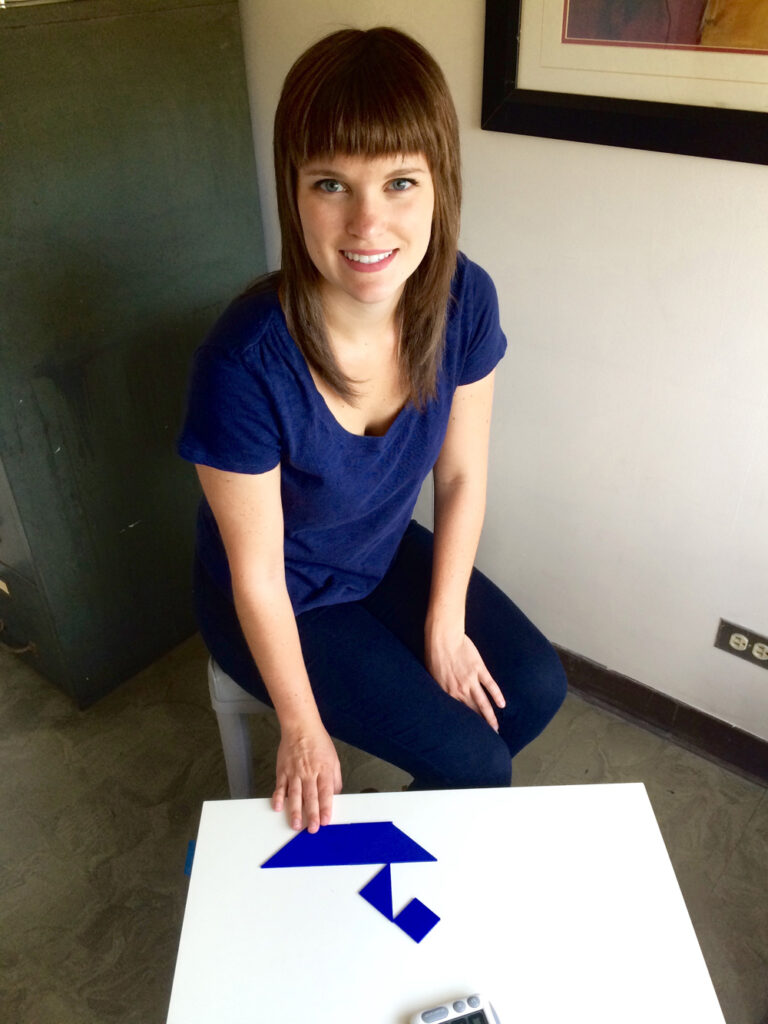 It should not be surprising to hear that people respond to rejection in various ways. Additionally, there are several different pathways to achieving power, and people in powerful positions consistently have more adaptive responses to rejection. Rather than rejection resiliency being a product of power, Rhonda’s research seeks to show that it is actually a predictor of power attainment. By manipulating rejection resiliency, she intends to find differences across participants such that those who are primed with high rejection resiliency will achieve more power in a paired task than those […]

The Striving Black Brothers Coalition (SBBC) is a mentoring program at Chabot College in Hayward, California that offers space, peer mentoring, and staff ally support to African American males in order to transform their academic performance. In this study, Tyri Kayshawn will examine how the SBBC facilitates higher graduation rates of African Americans males at Chabot College. His study will utilize a qualitative analysis to uncover the mentoring strategies the Coalition continues to use in order to graduate these students at such a high rate. He will conduct in-depth, one-on-one […]