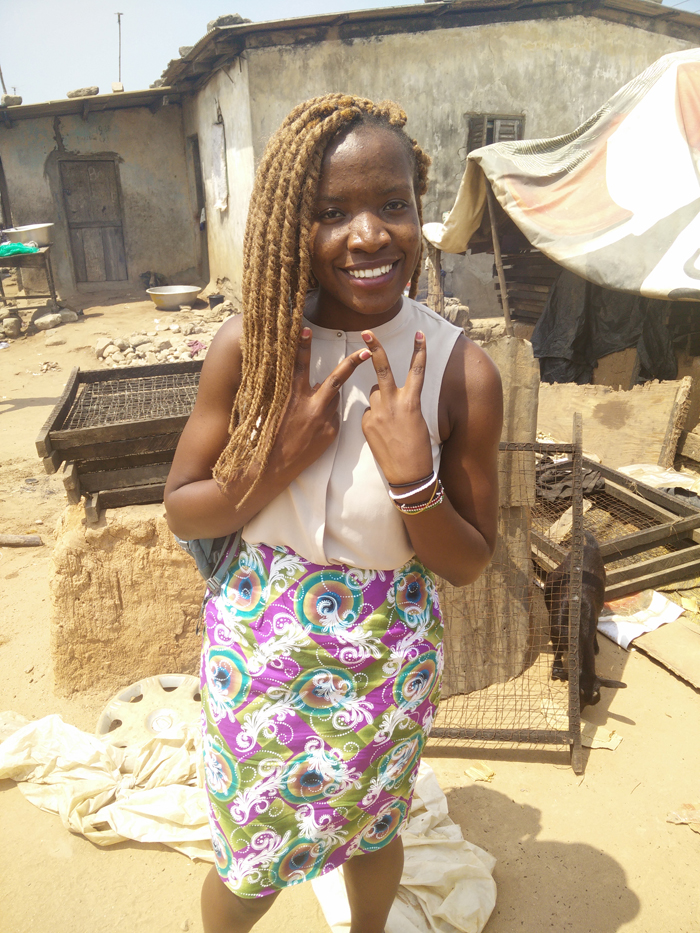 Historically, oil exploration in Africa has brought the resource curse: countries with more abundant natural resources have poorer development outcomes, due to corruption and environmental degradation. Itago will compare new oil producers Ghana and Ugandawhich share many similarities despite Ugandas semi-authoritiarianism and Ghanas greater democracy and transparency to understand this phenomenon. To evaluate the effect of petro-policies and public participation on environmental and socio-economic outcomes in the two nations, Itago will gather data on government policies, revenue collection, and allocations in the Ghanaian and Ugandan capitals, followed by interviews with […] 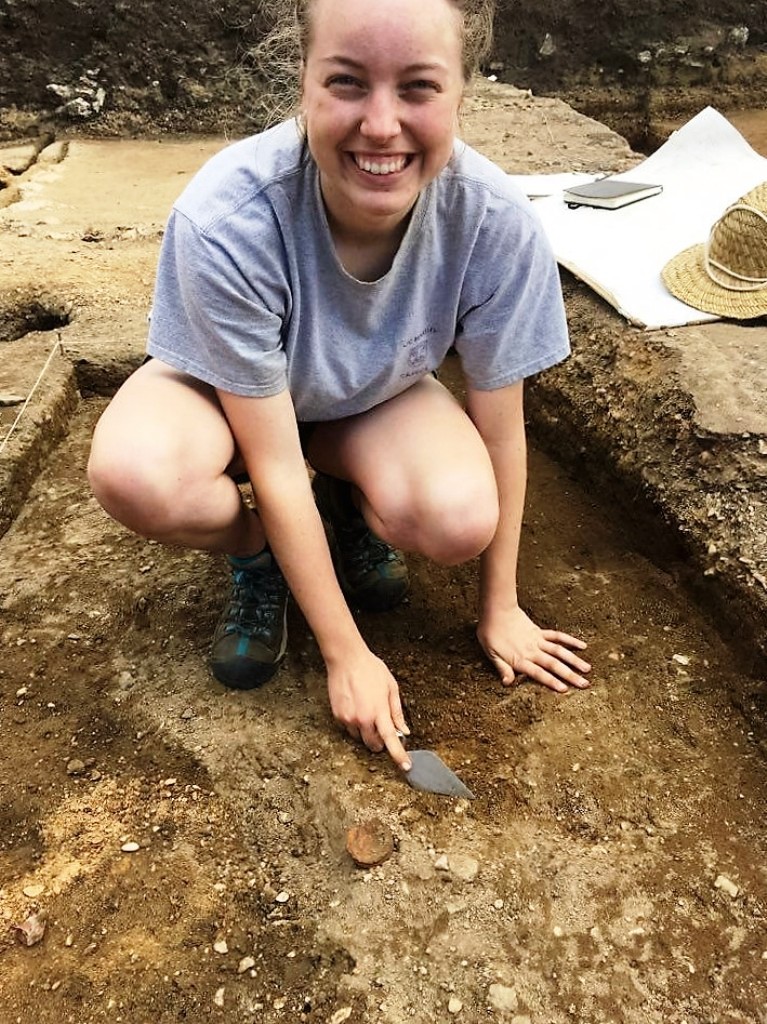 Current Bio: After graduation, Olivia completed an MPhil in Archaeology at the University of Oxford in 2017 and she is currently finishing up a Post-Baccalaureate Certificate in Classics at UCLA. This fall, she will begin her PhD in Classics at Cornell University. She continues to participate in archaeological excavations in Greece and England and also maintains a great passion for history and literature from all periods. Haas Scholars Project: The dating and provenance of the Old English epic Beowulf have been topics of wide scholarly debate for the past two […] 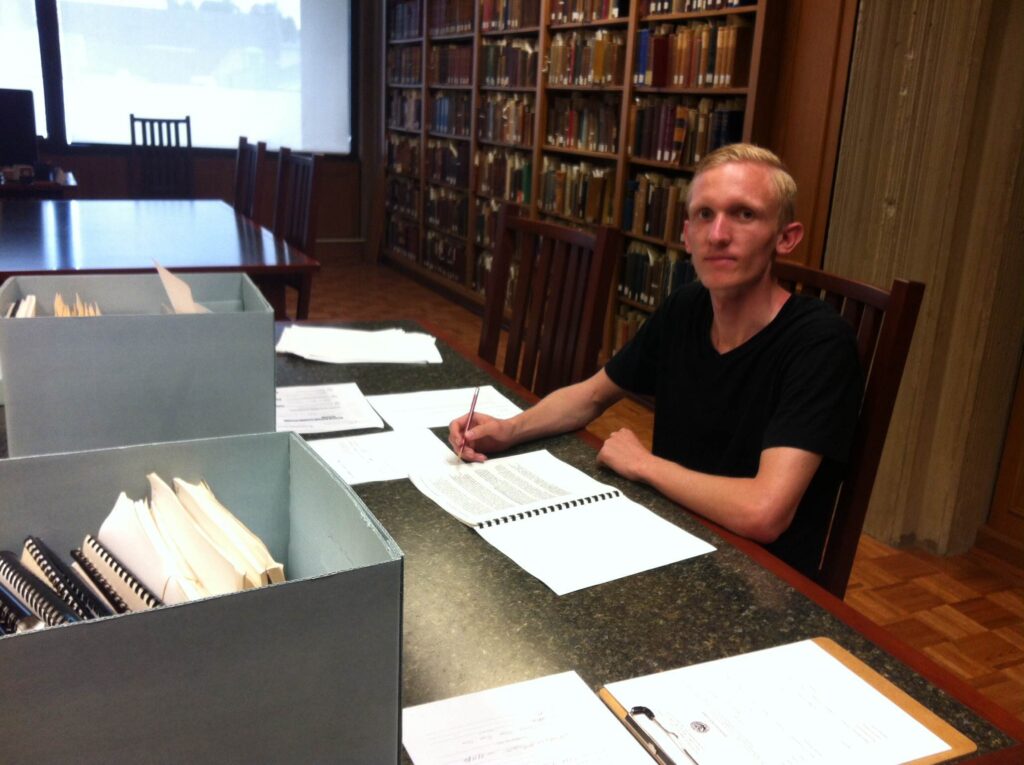 Since the 1970s, two simultaneous processes of mass incarceration and deindustrialization have transformed the US into a postindustrial society with the largest incarceration system globally. Chance’s research will explore the intertwined history of these two processes through a close study of the prison siting in Youngstown, Ohio, an extreme example of deindustrialization. Through this study, Chance will attempt to answer why prisons emerged in deindustrialized geographies and the resulting social, political and economic impacts. In addition to government documents and oral histories, Chance will examine the archive of activist couple […]

Pyroptosis is a poorly understood mode of cell suicide, one that functions as an alarm bell for the bodys immune system in response to infection. Though beneficial when properly regulated, the rapid immune response triggered by pyroptosis can, itself, produce disease and dysfunction. Pyroptosis has been identified as a possible contributor to cardiovascular disease, inflammatory bowel disease, and some neurodegenerative disorders. Understanding pyroptosis, then, could lead to novel treatments for a variety of human diseases. Unfortunately, despite ten years of research, uncovering how it precisely works has proven to be […] 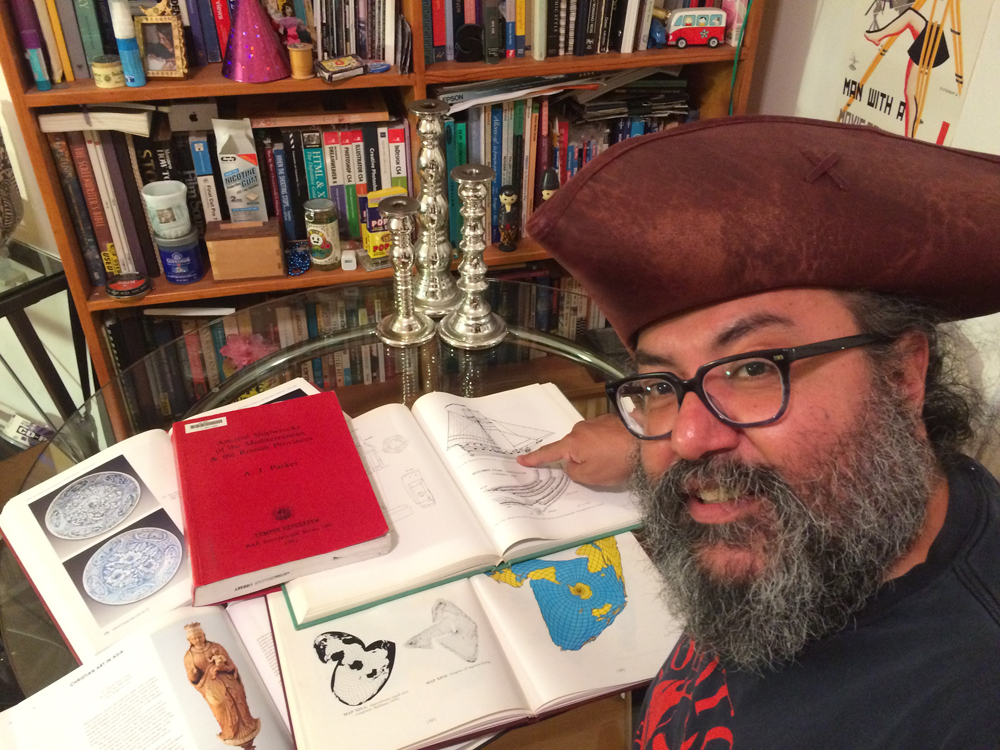 Objects in museums are typically categorized by chronology and geography and then further sorted into subcategories revolving around cultures, languages, and materials. Born of the legacies of imperialism and colonialism, these practices tend towards a flattening of categories and the fixing of objects into rigid structures of European and Other. But what do we do with an object that inhabits multiple chronologies, geographies, and cultures? Art objects and artifacts possess a fluidity and mobility throughout multiple categories, often occupying multiple positions and materialities simultaneously. Using Byron Hamann’s methodology of materialities […] 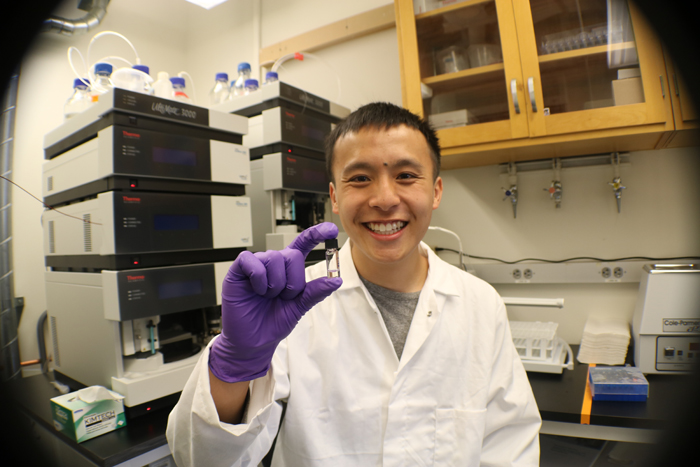 Actinomycetes, filamentous soil bacteria, have been the single richest source of medicinally relevant natural products, whose applications include anticancer agents, antifungal agents and antibiotics. However, actinomycetes still hold great potential for novel metabolite discovery. This is because the way they are typically grown in the laboratory fails to mimic cues in their natural environments that potentially induce the synthesis of novel metabolites. During this project, Victor will place actinomycetes in ecologically relevant contexts by reintroducing them to bacteria they would naturally encounter, in binary interactions, and subsequently analyze the metabolites […] 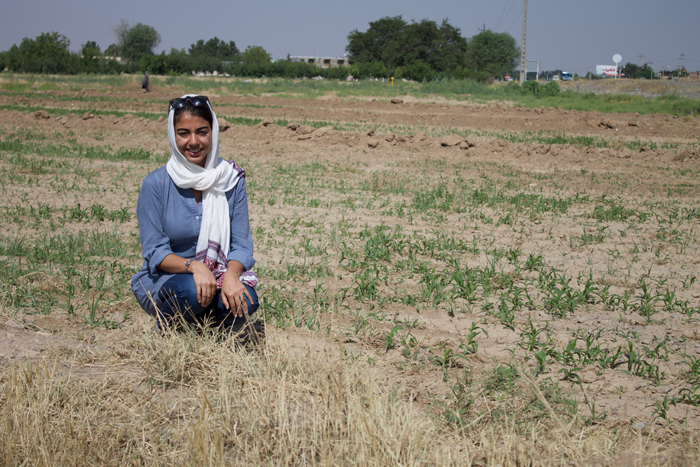 Ninety percent of the world’s saffron is grown in Iran and 90% of saffron in Iran is grown in the Khorasan Province. Saffron production as a traditional farming system is developing in its relationship with climate change and with the spread of technology into agriculture. Understanding how farmers view and interact with these developments is important in understanding saffron as a traditional farming system in Iran. Through in-person interviews in Iran and secondary research, Helia will analyze the perspectives of saffron farmers in Khorasan on climate change, what impacts they […] 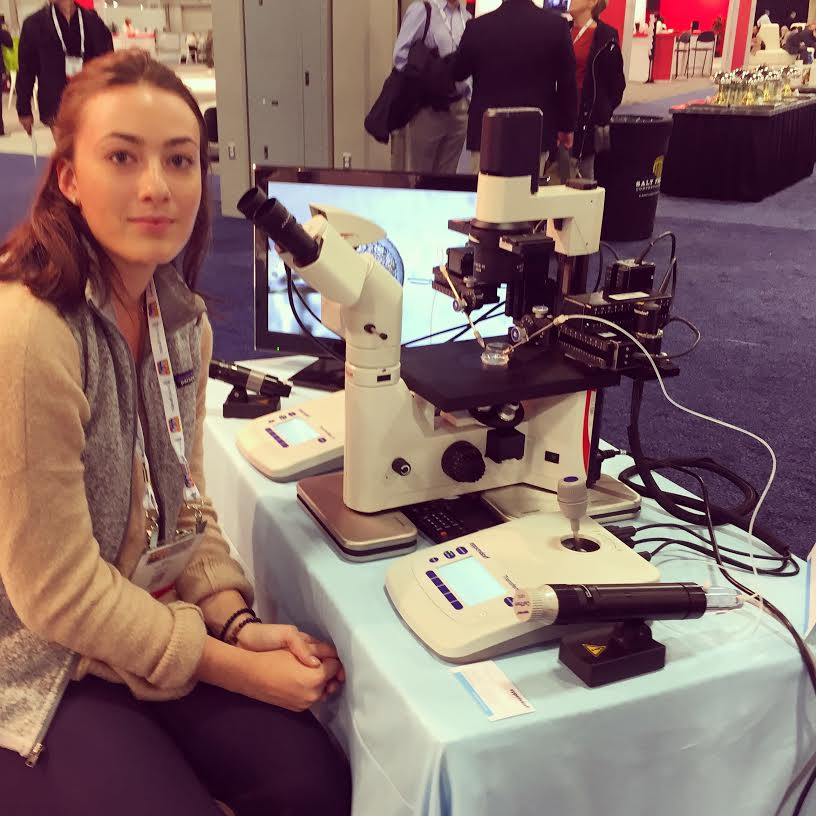 In 2012, the experimental label was lifted from the social freezing and banking of oocytes (oocyte cryopreservation or egg freezing), an intense procedure allowing postponement of motherhood. Two years later, major Silicon Valley based tech companies introduced egg freezing in benefits packages an addition mirroring mounting pressure in tech to hire women and the perception of motherhood as an untimely career interruption. How are women negotiating the vital promise of egg freezing, their sovereignty, the physical complications and social, moral, ethical, and political implications of the procedure? How does this […] 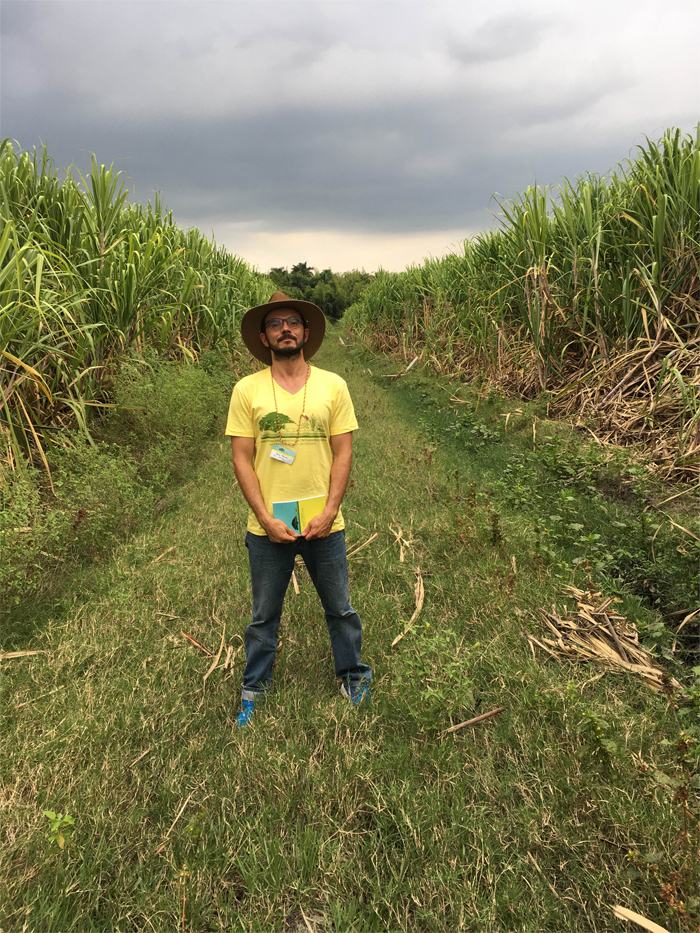 Juan Manuel’s research seeks to understand how Colombian farmers have politicized their relationship with seeds. Some farmers consider recent state policies restricting seed-saving and seed-trading as a form of dispossession. Such policies have politicized their relationship with seeds regarding their control and preservation to protect their livelihoods, their cultural identities and their territories. By interviewing farmers and experts in Colombia this summer, Juan hopes to understand the implications of state policies regarding seeds for farmers and the tensions between the positions of farmers and the government, and locate the possible […] 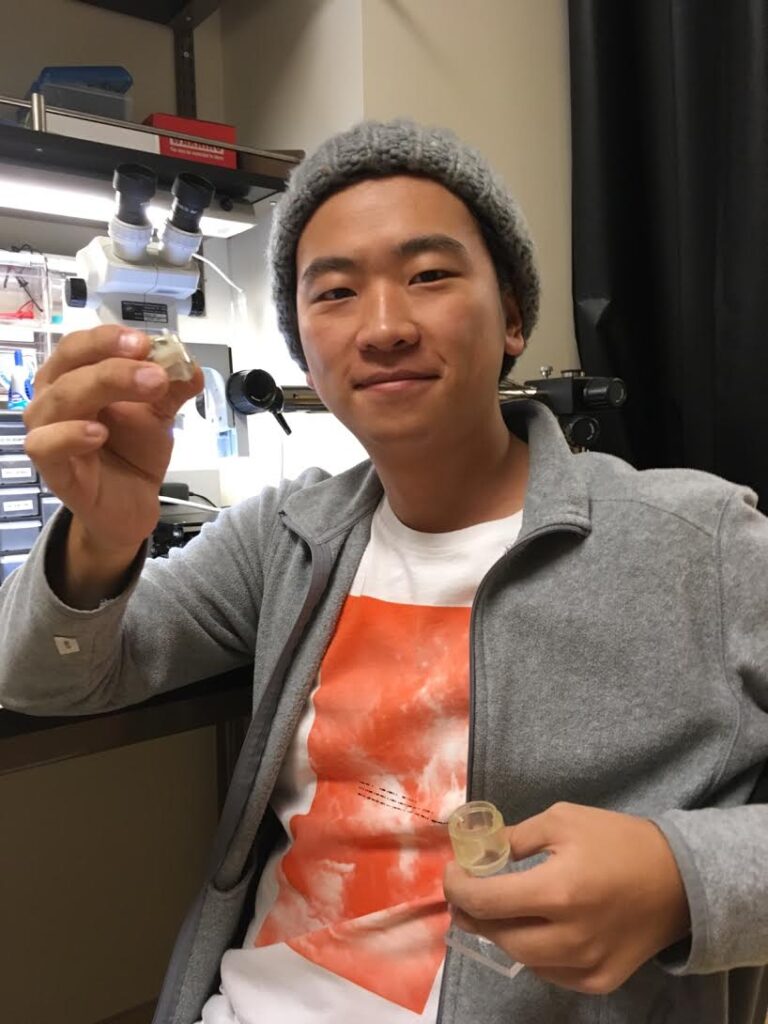 How does the brain convert sensory information to help us navigate around space? Spatial learning is what Justin believes to be the key in building the bridge between sensory input and navigation. The striatum, a region of the mammalian brain known to be crucial for spatial learning, will be deeply examined using the methods of optogenetics. In his project, Justin will be building methods to optically control striatal regions of freely behaving bats, and examine the neural circuitry that allows their sophisticated navigation around complex environments to be made possible. […]