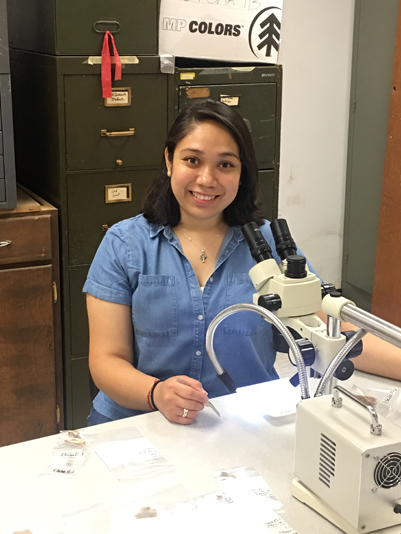 Ariadna’s research project will focus on the West Berkeley Shellmound, an ancient village site that was once situated on the San Francisco Bay shoreline in Berkeley, California. Her thesis is directed toward understanding how Native American societies interacted with their environment during the last 5000 years. Research will be conducted on animal remains from the shellmound, using curated materials excavated in the early and mid-twentieth century, to understand ancient fisheries and fishing practices. Archaeological analyses of fisheries can contribute to historical baseline data relevant for conservation biology, restoration ecology, and […] 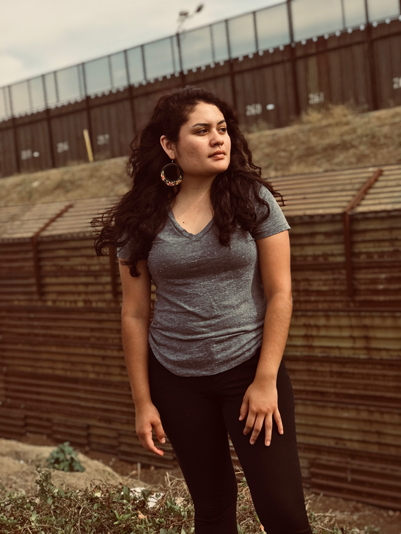 Lissa grew up in Chula Vista, California, where many are transfronterizos, students and workers who live in Mexico but commute to the U.S almost daily. Nancy Wonders advances the theory of border performativity where she argues borders are not only geographically constituted, but also socially constructed via the performance of various state actors in an elaborate dance with ordinary people who seek freedom of movement and identification. Thus, border performativity points to different technologies of control such as the social construction of the illegal and the securitisation of migration. Lissas […]

Current Bio: Since graduation, Rebecca has been working in Research Administration for the UC system. Through this job, she has been able to assist many UC professors and researchers in securing grants and contacts funding for a variety of research projects. Haas Scholars Project: Rebecca grew up in a small town and watched the rural drug scourge destroy the young lives in her community. Now, she is using her Berkeley education to understand this phenomenon. This summer she will be traveling to rural Tuolumne County, California to do ethnographic fieldwork […] 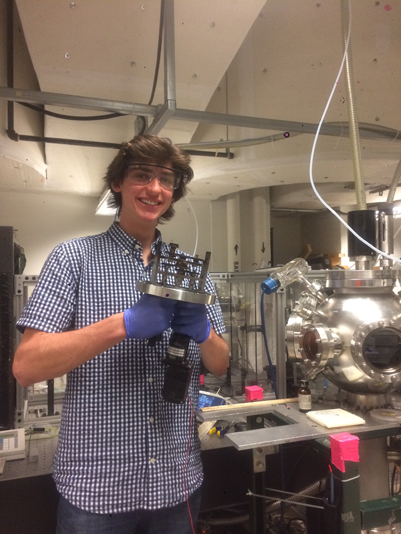 In many materials, the application of an electric field leads to a separation of positive and negative charges, inducing a polarization in the material. In ferroelectrics, such a polarization exists in the material without the application of an external field. Analogously, the alignment of electron spins in ferromagnetic materials results in a magnetic polarization in the absence of an external magnetic field. Bismuth ferrite (BiFeO3) is a rare material in which both of these states exist at room temperature and are coupled: applying an external electric field can switch the […] 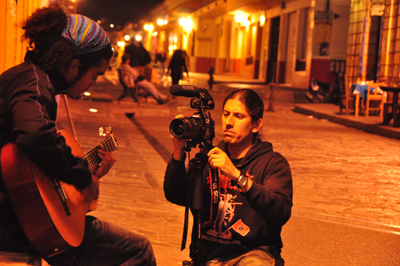 In 1993 a wave of disappearances and murders of women living in the border city of Ciudad Jurez, Chihuahua, Mxico made news around the world. Twenty-five years later, thousands of these cases of innocent victims have not been resolved. Ral proposes to create an ethnographic documentary film as part of his Anthropology honors thesis and explore why its important for the mothers of the disappeared women to keep the memory and identity of their daughters alive. He will film in Ciudad Jurez in-depth interviews with activists, scholars, journalists, and most […] 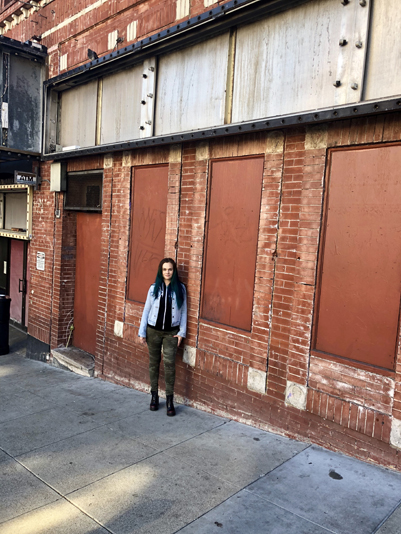 Research suggests collective bargaining improves the unionized worker’s wages and working conditions, in addition to those of non-union status in the same field. Despite the organizing successes of San Francisco’s Lusty Lady, neither working conditions nor take home earnings for Bay Area strippers improved overall. How do these particular workers secure a better working environment and basic labor rights? This ethnographic study will utilize mixed-methods to analyze possibilities for collective action within this industry. Utilizing a comparative analysis of two cases labor organization, Raven will travel to New York to […] 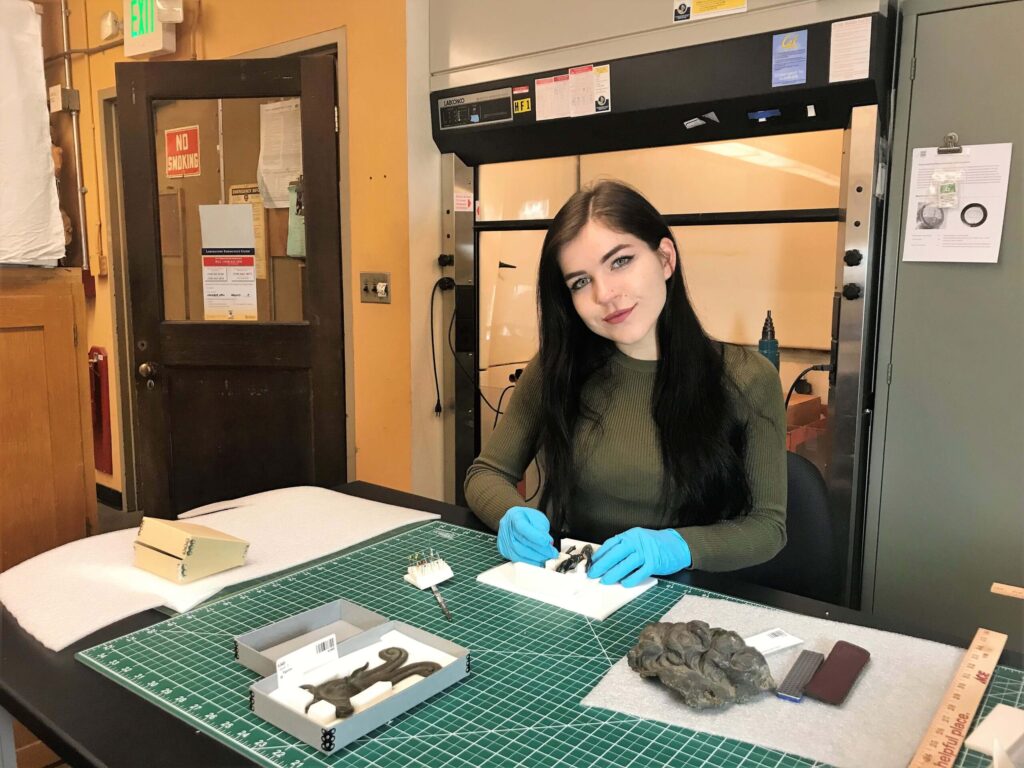 The unique visibility of Etruscan women has garnered great interest among scholars of Etruscology. That said, the status of these women in the 4th -1st century BCE, a period that witnessed the waning of Etruscan identity in the shadow of the emerging Roman Empire, has not yet been a major focus of study. Working to enhance our conception of the changing roles of women in Southern Etruria as they became assimilated into the patriarchal gender hierarchy of the Roman Republic, Micaela will be traveling to Rome to closely analyze the […] 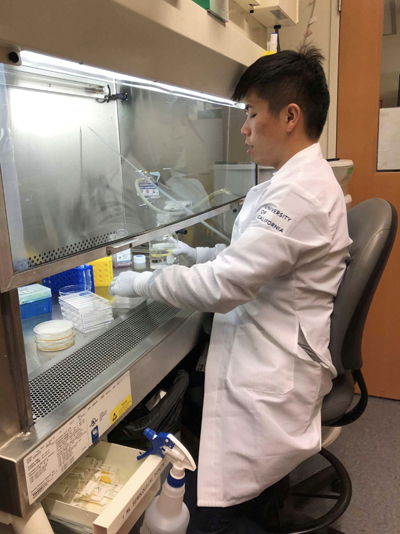 Glioblastoma is the most common, malignant primary brain tumor with a median survival time of fifteen months. Single tumor cells escape surgical resection and become resistant to radiation and chemotherapy by spreading into microenvironments that support viability. Caleb is focusing on two specific proteins: CD44 (a cell-surface glycoprotein that directly links with the cell cytoskeleton) and Src kinase (involved in the upregulation of signaling pathways)both of which promote the tumors invasion. CD44 interacts with Src activity to control actin proteins that form microfilaments fundamental to cell shape, division, and motility. […] 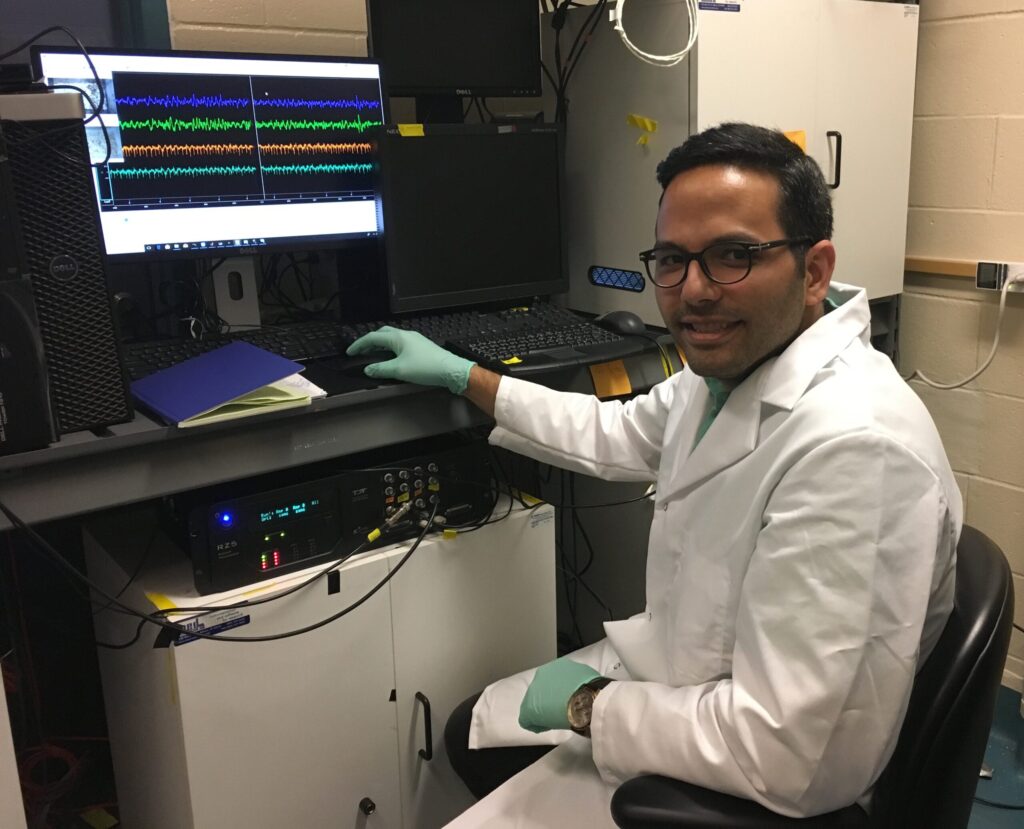 The recent economic recession and political turmoil in Brazil has driven over half of Brazil’s Haitian migrant population northbound towards the United States. This wave of over 50,000 Haitians has been met by tightening immigration policies from both the United States and Mexico, making the journey more difficult and dangerous and transforming Mexico into a country of destination. This flow of Haitian refugees is overwhelmingly male, despite the fact that women account for nearly half of the global migrant and refugee population. I hypothesize that gender and race are fundamental […]