Modulation of epileptic seizures in mammalian cortices via Anderson localization

Epilepsy currently afflicts more than 50 million people worldwide. While anti-epileptic drugs are effective at treating 70% of this population, the rest have to resort to invasive surgeries to alleviate their seizures. The electrical interactions of neurons in the brain are described by a set of stochastic partial differential equations. Seizures can be thought of as electrical waves propagating on the brain. In this project, I intend to manipulate the mathematical model to develop a new noninvasive way to control seizures in conjunction with a concept from physics called localization. Due to localization, water waves traveling in the ocean lose energy since the wave is scattered by a seabed that is randomly rough. Similarly, since seizures can be considered as waves on the brain, by applying appropriate random signals (e.g. electrical) to the brain during a seizure, I can scatter the seizure waves thereby attenuating the seizure.

I am grateful to the SURF donors for allowing me the opportunity to completely devote my time on a research project over the summer. During this scientific journey, I will be able to experience what it means to be an independent researcher and further develop my research skills. More specifically, this opportunity will allow me to explore how creating and studying mathematical models can describe anything in the universe. Again, I truly appreciate the generosity of the Pergo Foundation! 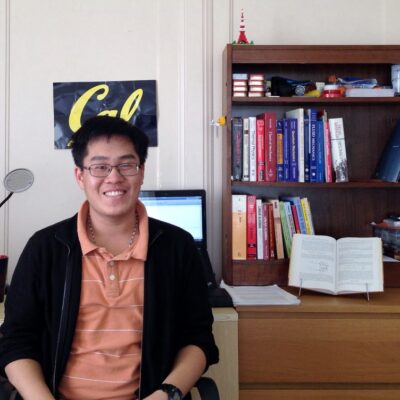