Unmasking the Monstrous Ontology of Seonggoe in Neoliberal South Korea

In South Korea, the global financial crisis of 2008 coincided with the upsurge in Facial Contouring Surgery (FCS) the shaving of the cheek and jaw bones into a sculpted baby face among people of all genders in their early 20s, specifically college students and graduates. Western media has reduced this boom to just another fad, but Western influences on young Koreans aesthetic choices are insufficient to explain this. Consumers who benefit from these procedures project on their faces a selective yet homogenous narrative identity that best suits the demands of todays competitive, neoliberal(ized) job market. I depersonalize the face as an emblem of a persons individuality, and analyze it as the aesthetic externalization of the emerging intersubjective temporality and affect that derives from the rapidly polarizing class topography. The waning possibility of class mobility is attributable to the erosion or anachronism of traditional temporality, as signified by the alarmingly low fertility rate and high suicide rate. In deciphering the semiotics of baby faces found in ads for hospitals in the Gangnam district of Seoul, alongside the neologisms deriding such faces, I use several heuristics, including transgender, postmodernity, and psychopathology theories on self-perception, as well as identity/subjectivity formation and discontinuous time experiences.

I am extremely honored to receive SURF scholarship. The funding enables me to not only pursue my research in financial security but also explore my identities in theory that I hardly see reflected in the mainstream academic literature. More importantly, with the support of SURF sponsorship and the JSB Fund donors, I can situate myself as a transnational feminist scholar to subvert the enduring racism in the rhetorical feminization and infantilization of the young Korean population, rather than moralizing those who go under the scalpel. 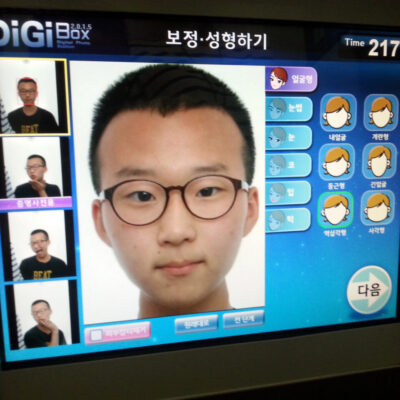