Shimmy, Shake, and Undulate: A History of Belly Dance in the United States and the Development of Its Many Fusion Forms

Shrouded in mystique and controversy, the U.S. development of belly dance remains tied to appropriation, orientalism and popular entertainment. Abby Stein’s written thesis will examine the dance phenomenon within the context of 20th and 21st century American culture and values. Through a survey of existing scholarship, interviews with influential belly dance artists, firsthand training experience, and analysis of video and live performance and instruction, Abby will analyze how Western thought has adopted and transformed this Middle Eastern tradition. She will attempt to explain the development of the dance forms many contemporary permutations, including the popular belly dance fusion practiced in todays Bay Area. She will also create a collection of materials (such as articles, photos, video footage, interviews, etc.) to serve as a foundation for a future public archive, capturing an important but mostly undocumented segment of popular entertainment history. 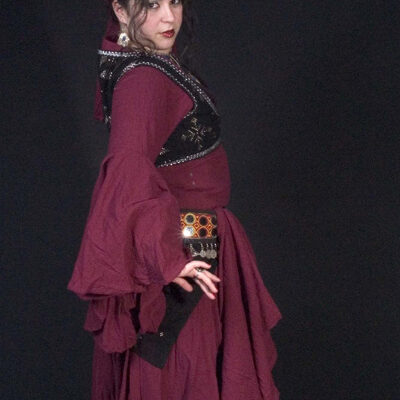