It is not yet known what causes autism spectrum disorder (ASD) on a molecular level, but recently, 65 ASD risk genes have been identified by a lab at UCSF. Albert is focusing on one of these genes, called Neurexin 1. He will be using CRISPR/Cas9 genome editing to knock out Nrxn1 in Xenopus tropicalis frogs and observing the phenotypic effects, such as increases and reductions in cell proliferation and differentiation as well as changes in regulation of other neural genes. Alberts goal is to illuminate the roles of this gene in healthy neurodevelopment to gain insight into how a mutation can lead to ASD. This research project will develop the groundwork for investigating other autism genes, taking us closer to defining the molecular biological etiology of ASD. 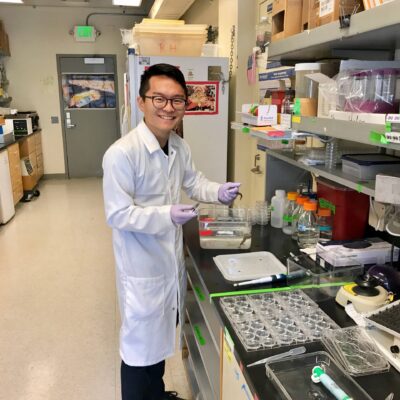