Slave letters, a crucial source for understanding American slavery, have generally been disregarded. Alejandra’s project seeks to analyze the letters in the Wilson Library at Chapel Hill in order to uncover a code/protocol for the slave’s definition and discussion of slavery. Entirely conscious of the audience of his letter, the slave had to learn how to communicate, producing a letter that encompassed both what the master expected/wanted to receive, yet also expressing the slave’s own views. Thus, far from being neutral documents, these letters are composed of many layers that often disguise the author’s true emotion. Alejandra’s project seeks to explore the duality of these letters, which hide any effusive emotion while they simultaneously manifest resistance. This research will provide historians with a different window of analysis into American slavery, as it examines a generally overlooked source and therefore forges new questions and interpretations 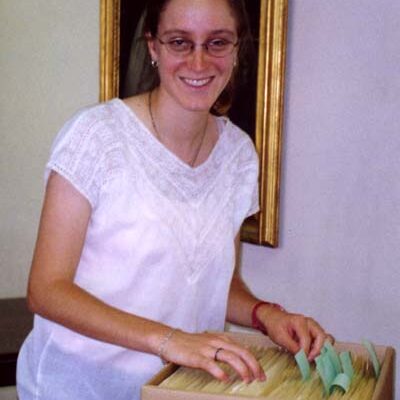