The Existential/Canonical Alternation in Brazilian Portuguese: A Perspective from Optimality Theory

There are strong indications that the factors influencing the alternation between existential (“There’s a book on the table”) and canonical (“A book is on the table”) constructions might be the same cross-linguistically; for example, existentials across languages exhibit the definiteness effect: indefinite Noun Phrases are preferred in pivot (post-verbal) position. Mikkelsen (2002) proposes that the effect is a consequence of constraints governing the subject position. Since the definiteness effect can be overridden, she suggests an analysis within the Optimality Theory framework to model constraint interaction relative to a hierarchy of constraints. As part of a joint Stanford-Berkeley group research project working on several languages, Alex’s project will focus on Brazilian Portuguese in order to establish the distribution of subject and pivot NPs based on analysis of naturally-occurring data, and to propose the ranking of constraints that could explain such a distribution. 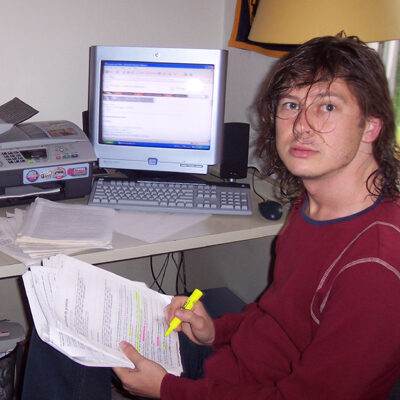