Role of Peripheral Participants and Staging in Platonic Dialogues

Platonic dialogues usually consist of an interrogative discourse between Socrates and his interlocutor, situated in a specific setting, much like a stage, with other people present and participating somehow. Amin will investigate the role of peripheral participants and the staging of the dialogue in some essential texts known to be mostly concerning modes of discourse, namely Gorgias and Protagoras, as well as two early dialogues, “Crito” and “Meno”. Amin will examine these texts in the light of modern theories of discourse and performance while paying specific attention to cultural significations and the spatial staging of both the ancient Athenian forum and a modern U.S. courtroom. Amin’s analysis involves a comparison of the relations between the platonic characters and their relation to the staging of the dialogue. 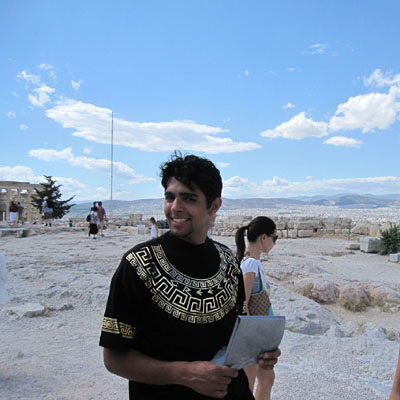