Ad Infinitum: Co-branded advertising for children's films, from Star Wars to The Incredibles

Co-branded advertising is a movie marketing strategy allying films such as Star Wars and E.T., with brands like Burger Chef and Atari. Though film and advertising have always engaged in a mutually shameless relationship, there are many important distinctions between co-branded and conventional film advertising. In contrast to the prologue-like tone of movie trailers, co-branded advertising is presented to the spectator as a kind of hyper-utopian epilogue to the film’s narrative conflict, in which “good guys” and “bad guys” alike are rewarded with consumer products. The aim of Andrew’s project is to analyze and interpret this emerging trend in film advertising, using commercials preserved at the UCLA Film & Television Archive, and stored online in the AdLand database. He will focus on children’s films: those most often paired with consumer products in the contemporary marketplace. 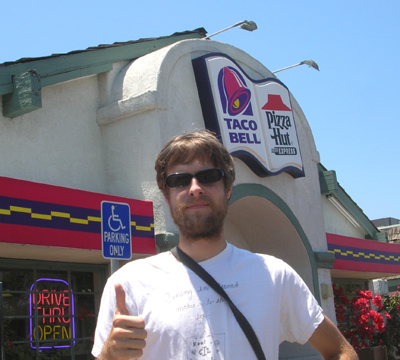