The San Francisco cityscape is changing rapidly, with large influxes of residents, buildings, and communities. This change must be understood with more than soaring rents or other quantified data; it’s evident between Salesforce Transit Center and Embarcadero, banners advertising the East Cut and Yerba Buena, the trash that’s picked up and the trash left behind. Increasingly, San Franciscos neighborhoods have become spectacularly stratified stages of narrative-making, much like Disney’s lands distinct experiential worlds creating a storied landscape for themselves and the city. Through interviews, theoretical research, and fieldwork at these neighborhoods, Calvin hopes to identify the causes, meanings, and effects of the new architectural and urban landscape of San Francisco, to understand what existing in this city means or more precisely, how this city tells us to exist. 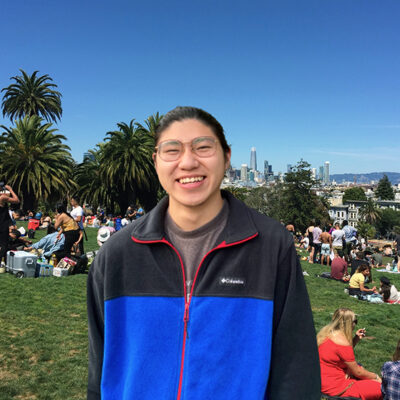