The objective of Calvin’s study is to identify the hormonal factors and their regulatory mechanisms on GPR82 expression in the intestine. GPR82 is a recently identified orphan receptor whose ligand has not been found. Although little is now definitively known about this receptor, GPR82 may play important roles in the regulation of the GI tract. Its expression in peripheral tissues is the highest in the GI tract, and its mRNA level changes in response to the nutritional status in both a cell model and live rats. Calvin hypothesizes that GPR82 is transcriptionally regulated by hormonal factors responsive to nutritional status in the body. He will identify hormones that regulate GPR82 transcription, investigate the regulatory sites of target hormones by determining the response element in the promoter of GPR82, and determine the intracellular localization of GPR82. The proposed project will be part of Calvin’s senior honor thesis in Molecular and Cell Biology.(151) 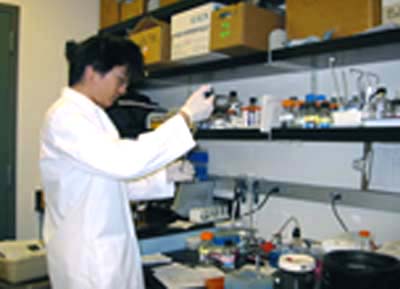