The Crafting of the Revolution and the Legacy of Carlos Fonseca

To the Nicaraguan people, Carlos Fonseca was the unchallenged leader and theoretician of the Nicaraguan revolution. In an attempt to propel Fonseca as the paragon of the revolution, the F.S.L.N. obscured Fonsecas doubts about the process of revolution itself. Through Fonsecas extant writings Carlos project will examine why the idea of Fonseca as a leader of the revolution was abandoned once the revolution was consolidated. Carlos argues that Fonsecas portrayal by scholars and propagandists has emphasized his role as a devout follower of Augusto Cesar Sandino. In doing so, Fonsecas inclination towards Sandino has been created, thereby validating a belief in the contemporary Sandinista party ideology, conveniently lining Fonseca and Sandino in a straight line leading to the FSLN. The project plans to understand how Fonsecas dissent within the ranks affects our perception of the revolution. His research, conducted in part through fieldwork in Nicaragua, will culminate in a senior honors thesis for the department of History. 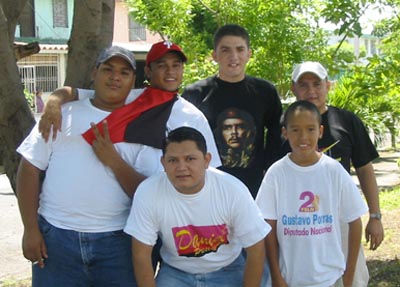