Carlos’s interdisciplinary project, “Beloved: Toni Morrison’s Rhetoric of Libation,” has two aims. First, it will explore how Toni Morrison uses allegory and the West African concept of nommo to reconstruct historical representations of trauma, as well as practices of communal, cultural and self possession, in her acclaimed 1987 novel Beloved. Secondly, it will propose a literary theory that employs (but is not limited to) West African cosmologies in determining the implications of Beloved for African American communities. Following Barbara Christian’s observation that Beloved is a prayer, Carlos will argue that by threading allegory and nommo, two seemingly divergent epistemological systems, Morrison’s Beloved produces a cultural rhetoric of libation. As his Rhetoric Senior Honors Thesis, this project’s ultimate goal is to provide literary theorists with a model that centralizes “Third World” cosmologies and epistemologies. 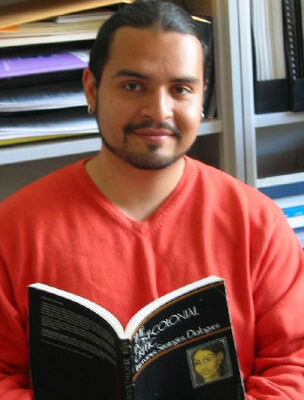