Reporters and Reforged Identities: Negotiating Narratives of Violence through the Journalistic Enterprise

The body of the slain journalist, elevated to heroic proportions, has become indispensable in contemporary constructions of Filipino nationalism and democracy. This project will compare two episodes in the history of Philippine media that fortify the journalists presence in the Filipino imagination: the three-day broadcast by Radio Veritas during the 1986 People Power Revolution and the 2009 Maguindanao Massacre. Between June and August, Clarissa will engage in archival research at the National Library of the Philippines in Manila and conduct interviews with news media personnel and anti-impunity campaigners. She will examine how community efforts and legislative attempts to combat violence against media workers organize practices of Filipino citizenship around demands raised by investigative journalists for greater government responsibility and transparency. 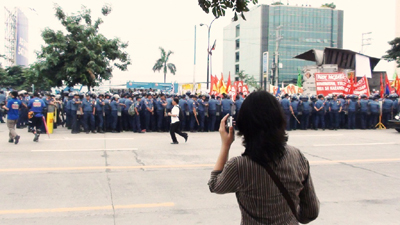