Dengue virus (DEN) causes the most widespread life-threatening arboviral disease in humans, with an estimated 2.5 billion people at risk worldwide. Despite the global morbidity and mortality, DEN specific vaccines and therapies currently do not exist, and both protective and pathogenic roles of the immune system in DEN infection need further investigation. The Harris laboratory has recently demonstrated that the interferon (IFN)-dependent immunity is essential and more important than T and B lymphocyte-dependent adaptive immunity in controlling primary DEN infection in mice. IFNs are proteins that are secreted by vertebrate cells. They act as intercellular mediators, and are best known for their ability to confer resistance to viral infections. Daniil will investigate how the IFN-dependent innate immune mechanisms resolve primary DEN infection in mice. Specifically, he will determine the major cellular sources of IFN-___ and IFN-___in T and B cell-deficient mice with primary DEN infection using a variety of immunologic techniques. 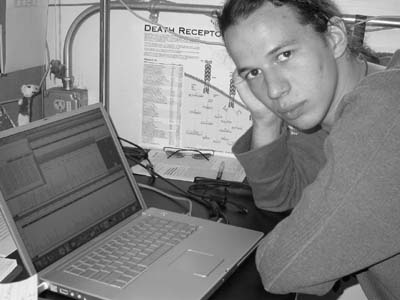