Adenosine triphosphate (ATP) is a high energy molecule considered the energy currency for all species. Our laboratory has discovered that bacteria release ATP into culture medium, a novel phenomenon (Mempin et al., 2013). However, it isnt yet understood why this occurs. We hypothesize that extracellular ATP is needed for the conversion of D-amino acids and their incorporation into the cell wall, allowing bacteria to survive changing environmental conditions. Danny will investigate the role of ATP in D-amino acid metabolism and cell wall remodeling by measuring ATP release of cultures supplemented with D-amino acids and mutants lacking key enzymes in D-amino acid metabolism. Ultimately, this research can expand knowledge on the pathogenicity of many bacteria, as it is likely that bacteria need to remodel their cell walls to adapt to host environments. 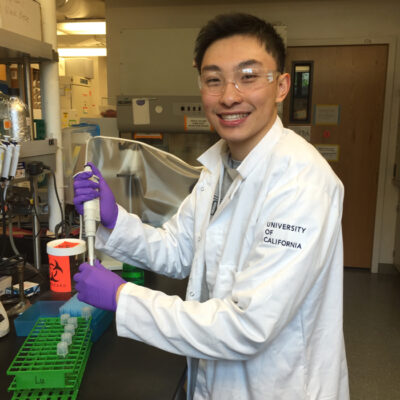