Darci will be traveling to New York City to conduct anthropological fieldwork on homelessness. Specifically, this work will be an exploration of the way in which the discourse of choice, freedom, and resistance is utilized in the lives of those who view their homeless condition as a choice– those Darci terms “houseless.” The data collected through interviews and surveys will provide means for a comparative analysis with work she has been doing in Berkeley for the past year and a half. Along with interviews and surveys, Darci will be doing her first fieldwork in visual anthropology, taking photographs of houseless people as well as giving cameras to informants, in order to visually depict the dialectical relationship between researcher and informant. This research will culminate in a comparative analysis of houselessness and an exhibition of photographs in the Worth Ryder Gallery. 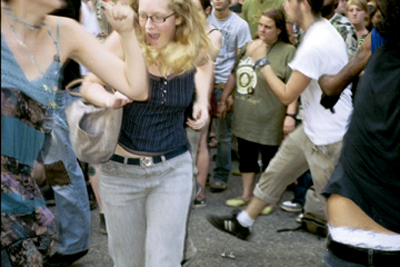