Activation of the proto-oncogene c-Src, a tyrosine kinase, is evident in major cancers such as breast and colon. C-Src activates substrates that serve important roles in controlling growth, survival and motility of cells. Activation of c-Src is known to cause transformation, the process by which normal cells become cancerous. David seeks to elucidate how v-Src, a viral constitutively active form of c-Src, regulates Protein Kinase Cz (PKCz), which is a protein involved in control of growth and survival. The Martin lab has shown that v-Src can tyrosine-phosphorylate PKCz and that it increases its nuclear localization and kinase activity. David seeks to (1) find possible PKCz nuclear substrates by co-immunoprecipitation followed by protein sequencing, and (2) look for up-regulation of the transcription factor responsive elements known to be regulated by v-Src using luciferase reporter assays on cells transfected with a nuclear-targeted form of PKCz. This work will culminate in an honors thesis. 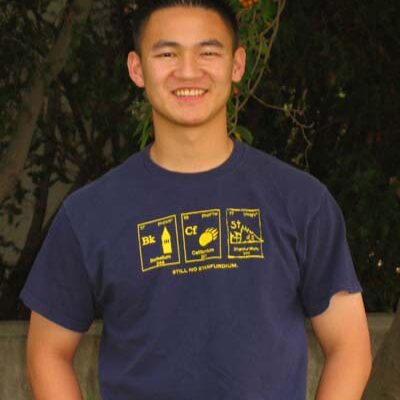