Transposable elements (TEs) are movable pieces of DNA that can have detrimental effects in the plant genome. When TEs are expressed, they can disrupt normal gene function. Small RNAs (siRNAs) direct DNA methylation, which signals other proteins to prevent TE expression. Previous studies show that methylation patterns in the endosperm affect silencing of TEs in the embryo, and propose that siRNAs from the central cell, a female supporting germ cell, mediate TE silencing in the egg cell. Denisse will test the idea that siRNAs move from the central cell to the egg cell and silence TE expression in the egg cell. To achieve this goal, she will generate transgenic plants that produce specific siRNA-like molecules in the central cell and will determine if they move to the egg cell. 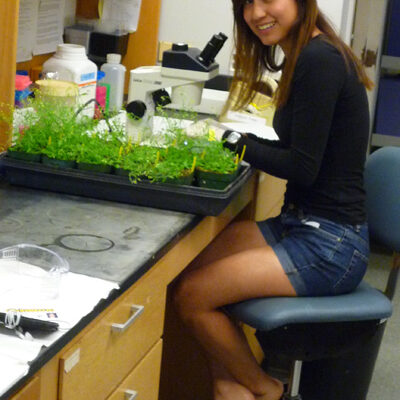