A Spot for Us in Every Home: Deciphering the Creation and Proliferation of Queer Culture in Mass Culture

With an upsurge of homosexuals under the spotlight of popular culture, the inescapable visibility and representation of queerness leads to the crucial question of whether this ubiquity automatically denotes acceptance or even tolerance. Gary’s project, which will result in his Honors Thesis for American Studies, will delve headlong into the issues surrounding the representation of queerness in popular culture. Utilizing a wide array of theoretical texts including queer theory, popular culture, and advertising theory as his background, Gary will decipher and examine the sitcom Will and Grace and the reality series Queer Eye for the Straight Guy, aiming to demystify mainstream medias self-aggrandizing creation of TVs gay heat wave: determining how alternative sexualities are in fact represented to the population and comprehending mass medias new infatuation with hitherto marginalized alternative sexualities. 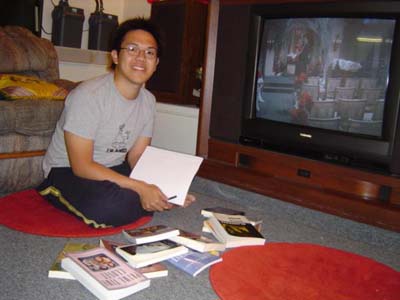