Religious conflict in Late Antiquity has been passed down through surviving Christian and pagan polemic and apology: Letters, diatribes, and speeches attacking or defending either religious viewpoint. Henry will examine five essential Christian texts in Greek with an eye to something specific: The literary treatment of pagan mystery religions, faiths supplementary to mainstream belief where adherents were initiated into exclusive cults to particular deities. Through analysis of these texts and travel to essential sites in Greece and Italy, Henry will investigate what these cults can say about Christian-pagan relations and shed light on popular feelings around these secretive faiths, arguing that all critiques of mystery cults are deflections of indictments Christians themselves received. Henry’s research will build on and challenge modern scholarship’s view of the rise of Christianity and the decline of pagan religions through analysis of this period’s most divisive and tantalizing religious phenomena. 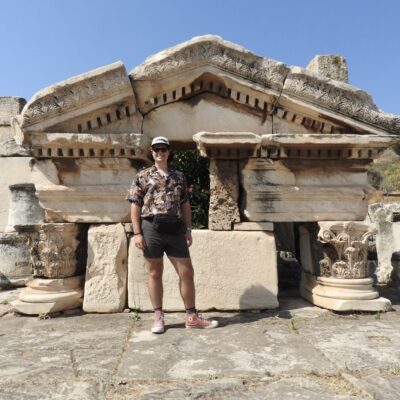