Their War: The Perspectives of the South Vietnamese Military in American Literature and in Their Own Words

For her Senior Honors Thesis in History, Julie proposes to investigate an under-researched aspect of the Vietnam War: the perspective of former members of the lower and middle echelons of the South Vietnamese military. She proposes first to examine the written record of the war, including print media, scholarly works, fiction and memoirs, to examine how American writers have portrayed the South Vietnamese military. She will then compare these depictions against self-representations culled from qualitative interviews conducted with former South Vietnamese military members in San Jose, home to the second largest Vietnamese American community, and in Seattle, where she has already completed a pilot study. Julie’s research will introduce an overlooked viewpoint into a heavily researched field, as well as help us to understand what this significant omission reveals about our historical understanding of the Vietnam War. 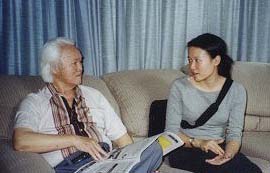