While Orientalism in French art has been extensively studied, its relevance to British art has received less attention. Jaimee seeks to fill this void by analyzing British paintings of Egypt during the colonial age. Her study involves face-to-face visits to the actual Cairene monuments and to their illustrated counterparts in English institutions. It will investigate the inclusion of Arabic script and details of Islamic art within select paintings as to determine cultural sensitivity or ignorance given the political climate. She anticipates that as time and cultural contacts progress, the art signals a shift in social relations that hybridizes East and West, with increased attention to understanding the Other. The result will combine Orientalism, Islamic art and architecture, and the Arabic language by evaluating their confluence within British Orientalist paintings. 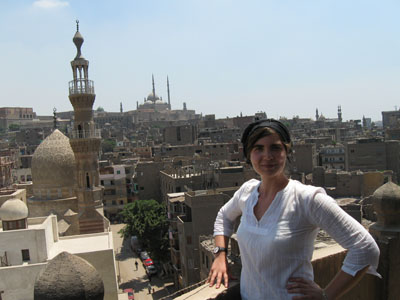