Jessica will examine the travel writings and photographic works of Gertrude Bell, an Orientalist scholar who served British intelligence in the Middle East before and after World War I. Bells extensive imperialist project resulted in volumes of writings and photographs that document these archeological and diplomatic expeditions. Addressing how Bell used such representations to validate her scholarly authority, Jessica will study the problems of authorship peculiar to the photographic medium. Taking into account post-structural and post-colonial theories, Jessica will be asking how Bell utilized the mechanistic gaze of the camera to naturalize her own aesthetic judgments, and how her vision was informed by conventions of depicting empire. This project seeks to understand how Bells objective photographic images were used to substantiate her written rhetorical claims, and perhaps how in documenting the people and places of the Orient, Bell may have inadvertently left a trace of herself in these images. 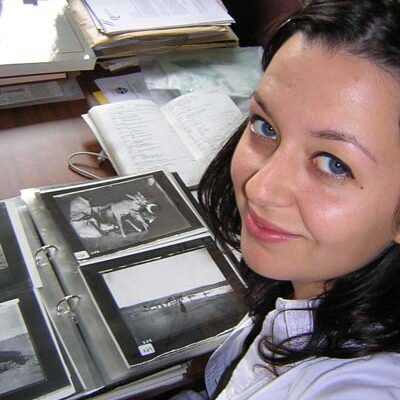