Role of the DSB System in the Antimicrobial Resistance of Salmonella

Salmonella typhimurium (S. typhimurium) is one of the leading causes of foodborne illnesses and mortalities. A major factor behind its virulence is its ability to survive well in the presence of hydrogen peroxide generated by macrophages through respiratory burst. Previous research has shown dsbD mutants of S. typhimurium to be more susceptible to hydrogen peroxide. DsbD works in conjunction with dsbA, B, and C in maintaining periplasmic disulfide bonds. More specifically, dsbD catalyzes the isomerase activity of dsbC by reducing it. DsbA and B help form disulfide bonds by oxidizing thiols. Jihoon will further investigate the role of dsbA, B, and C, and how it confers more resistance of S. typhimurium to hydrogen peroxide. From this research, he hopes to conduct quality senior honors research that will ultimately decrease the number of foodborne illnesses caused by S. typhimurium. 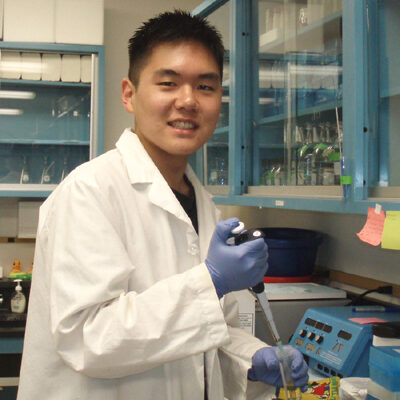