Mapping the Non-Spectacle: A Counter-narrative to the 2010 South Africa World Cup

At the edge of the city, beyond the stadiums newly built to house South Africa’s 2010 World Cup, are clusters of temporary relocation areas that have come to house tens of thousands of South Africa’s internally displaced urban peoples. Jonathan will travel to South Africa to visually document and map the dialectic relationships between these distinct spaces of exception through photography, video, and open-source mapping technologies. He will also be working with Ikamva Youth to teach mapping and photography workshops designed to create open-source maps of neighborhoods of the Delft region of Cape Town. With the collected imagery he will produce a film and multi-media art installation designed to immerse the audience in the vivid spectrum of sites and structures that fabricate such transnational spectacle events. 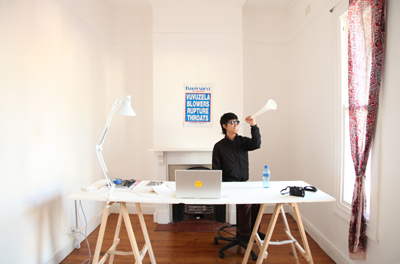