Alternative splicing of pre-mRNA is critical to development and differentiation, allowing metazoans to generate a large amount of protein diversity from a single gene. Despite its importance, our understanding of the factors that influence this process is limited. The objective of Joshs project is to investigate the role of the Fox family of proteins, which have been implicated as splicing regulators. Through experiments with zebrafish he will asses the effect that Fox has on a library of alternatively spliced exons in the hope of better understanding this protein familys role. Hopefully his project will provide insight into the role of Fox and the alternative splicing events it controls, and possibly some insight into the mechanism any of a number of the genetic diseases caused by aberrant splicing. 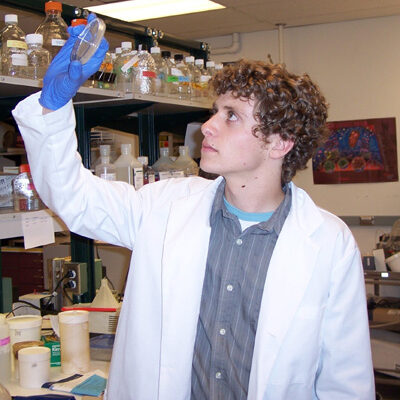