Current Bio: Julian is currently living in NYC and pursuing a Master of Public Health (MPH) degree at Columbia University Mailman School of Public Health in the department of Population and Family Health with a certificate in research methods. Julin has been working on a childhood asthma community based participatory project in San Juan, Puerto Rico and a study on depression and loneliness among retired adults in Santiago, Chile.
Haas Scholars Project: Drinking potable tap water has been associated with decreased consumption of sugar-sweetened beverages (SSBs). However, more than one million Californians primarily from low-income communities of color, lack access to potable water that meets all applicable health-based drinking water standards. Kings County, in the Central Valley, is an extreme case in terms of lack of access to potable tap water. It ranked first, among California counties, in the number of violations of health-based drinking water standards. Also, from 2005 to 2012 Kings county experienced a 5% increase in SSB consumption, while the California average decreased 11%. Julian will be researching beverage consumption and perceptions of water quality in Kings County in order to understand the effects of water quality on SSB consumption. This research is essential in evaluating potential policies to prevent the upward trend in SSB consumption. 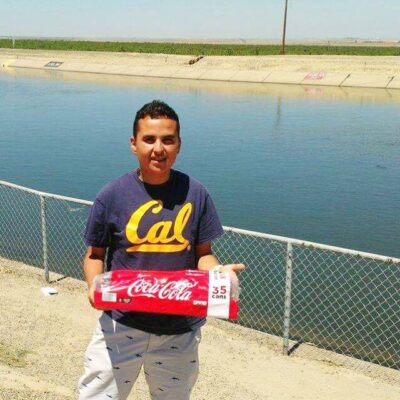