In first century Rome, increasing numbers of the elite class chose to commit suicide rather than forfeit their honor in the courtroom or on the battlefield. Although Stoicism had its detractors in Late Antiquity, suicide was considered by many Romans to be a rational choice. Roman Christians, however, drawn from all social classes, chose to submit to various methods of torture and death rather than participate in civic religious rites that deified the emperor. Their choice was considered to be just deserts for impiety at worst, and pitiful, at best. In Rome this summer, Karen will examine the archeological and literary evidence for these two types of non-natural death in order to discover what it was that gave Stoics the courage to commit suicide and Christians the courage not to. 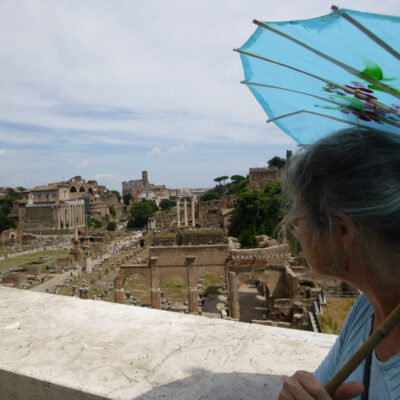