An American Funeral: Christianity, Capitalism and 'Passing Away'

Kirstin proposes to ethnographically record and explore the significance, negotiation, evolution, and intertwining of folklore, ethics and business practices in North American funeral homes, aiming in particular to understand the evolution of grief counseling, business interactions, etiquette, and rites of passage or rituals, such as embalming. While scholars and journalists have published many studies and exposs about funeral homes “manipulating” funeral folklore to take advantage of the grieving, few have explored what Americans as agents and actors have had to do with the stasis, evolution, and significance of their own funeral folklore. They too play a part. This project will record and consider the current folklore, how it came to be, and what it symbolizes to different groups of American folk. 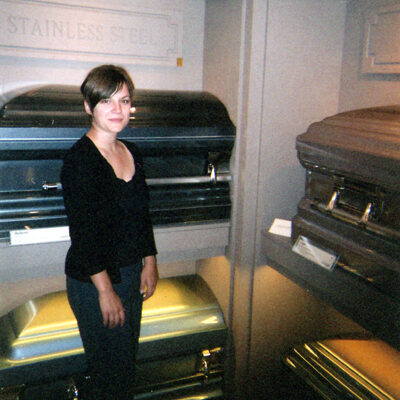