(De)Formation of Body Protocols: Dance's Changing Ontology in the Choreography of Meg Stuart and Sasha Waltz

Modernity is characterized by its inclination towards increased speed, production, and efficiency. In most commercially viable theater dance productions this manifests itself as the propensity for constant motion and the execution of virtuosic movement. However, Berlin based choreographers Meg Stuart and Sasha Waltz disrupt dance’s ontology and escape the homogenizing temporalities of modernity by incorporating slower motion and stillness in their choreography. Through an analysis of their creative work, Lauren will expose discursive possibilities pertaining to the body, consumerism, and individualism in relation to both Western cultural theory and traditions of contemporary theater dance. After conducting ethnographic and movement research in Berlin, Lauren will investigate the critical distinctions between the social context of Stuart’s and Waltz’s work in comparison with dance practice and scholarship in the United States. 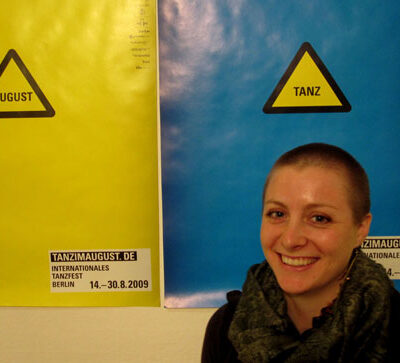