The purpose of Leena’s study is to identify factors which contribute to variation in the academic achievement of the Hmong, a relatively recent community of Asian American immigrants to California who first arrived in the mid-1970s as refugees from the Vietnam War. She will undertake a comparative ethnographic study of academically successful, college-bound Hmong students and students who are not academically successful at a high school in the Central Valley, where a large Hmong community has settled. Leena will be testing her hypothesis that, as descendants of refugees, Hmong share characteristics with other involuntary minorities such as African Americans and Latinos rather than voluntary minorities such as Chinese, Japanese and Koreans who are typically associated with the model minority stereotype of Asian Americans. She will submit her research as her Senior Honors Thesis in Anthropology and will share it with educators and community leaders in order to promote more effective educational policy for Southeast Asian immigrant communities. 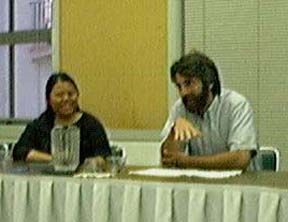