Berta Vive: A Look at the Engagement of California Hondureas in the Politics of Slain Environmental Activist Berta Caceres

Hundreds of environmental activists have been killed for defending land and natural resources in Honduras. Although Berta Cceres was one of many slain activists, she is the most renowned globally. This is largely due to her transnational coalition-building efforts and Goldman Environmental Prize recognition. Berta was an outspoken Indigenous Lenca leader and a feminist who advocated for indigenous land tenure. She spoke out against government corruption, the 2009 military coup d’tat, and U.S. interests in the country. Lulu will conduct ethnographic interviews with Honduran women living in the Bay Area and Los Angeles, California to explore transnational feminist engagement in the politics of Berta Cceres. Her work aims to elevate a California-based movement against the ongoing repression of land defenders, as well as the privatization and militarization of post-2009-coup Honduras. 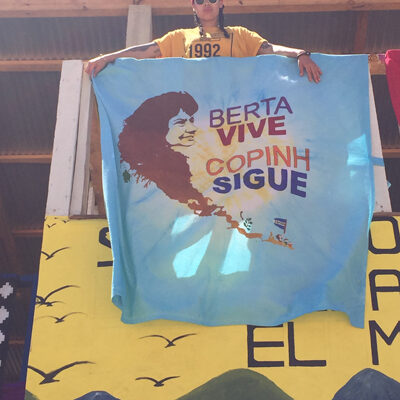