The Forgotten Afro-Mexicans: Independence and the Role of Women (1800-1830)

In 2015, Afro-Mexicans were recognized as an ethnic group in the Mexican national census for the first time in history. However, their history continues to be suppressed by the state and few studies address the role that Afro-Mexican people, especially women, played during Mexicos struggle for independence. For her History senior thesis, Lupita will travel to Mexico to conduct archival research in order to understand to what extent African-descendant peoples were active participants in the independence movement, and in what ways Afro-Mexican women embraced or resisted the ideas that the independence movement promoted. The study of Mexicos people of African ancestry is necessary because most Mexicans are unaware of the existence of Afro-descendant peoples in the country, which has invisibilized and marginalized their communities. 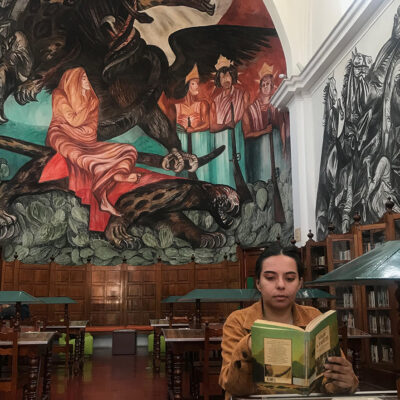