Social Perceptions and Attitudes about the Revitalization of Cauchois, a Dialect Spoken in Seine-Maritime (Haute-Normandie, France)

In July 2008, the French government finally listed Cauchois, the Norman dialect spoken in Seine Maritime, as an official language of France. Until then, the very existence of a Norman language, and hence of Cauchois had been denied. Similarly, many speakers of the dialect have often and inaccurately defined the language as either “dead” or as a non-standard version of French. In recent years, however, diverse social groups have actively reclaimed and promoted Cauchois. Marie’s research will investigate the discourses and strategies used by different groups to either reject or support the recognition and preservation of Cauchois. It will further investigate the attitudes of Cauchois users from different socioeconomic backgrounds. The latter are from the Jumiges Loop, a small Cauchois-speaking area in the Northern part of the Seine Valley. 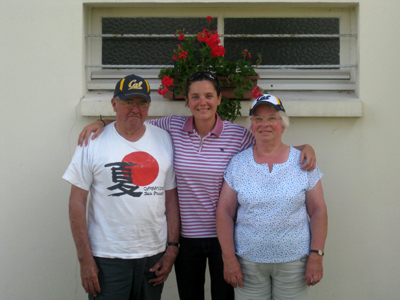