It has been difficult to isolate the neural activity linking a particular visual stimulus to the behavior it triggers. This may be due to variability in neural activity caused by factors such as pupil size fluctuations, and research has shown that pupil dilation reduces neural activity variability. May hypothesizes that pupil dilation prior to presentation of visual stimuli will improve the behavioral response of mice performing a visual contrast detection task. Using two-photon calcium imaging, May will examine the neural activity of mice performing the task while recording their pupils. Examining the correlation between pupil size, behavioral responses, and neural activity could refine our understanding of visual perception, and it is one of the first steps toward developing technology that could encode artificial perception in those who are visually impaired 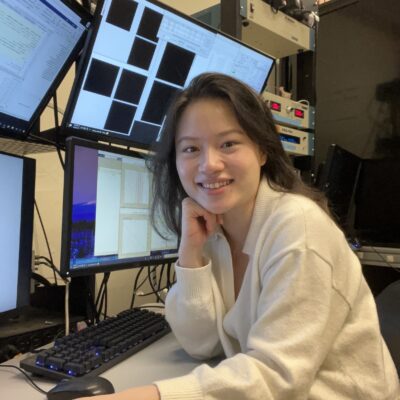