The Mysteries of Criticism in Antebellum America's Sensationalistic Pop Culture

In the 1850s, urban mystery novels explored the sensationalistic imagination of immigrants, aristocrats, and the poor that emerged from mass urbanization in sprawling cities such as Paris, London, and New York. Mixing mystery, vice, myth, and experience into one lurid and melodramatic extravaganza, these novels commented politically, socially, and culturally. Baron Ludwig von Reizenstein’s The Mysteries of New Orleans creates a unique vision of immigrant perspective that challenges and problematizes current understandings of the antebellum American social ethos. Through extensive archival research and cultural absorption in the subject city of New Orleans, Louisiana, Meaghan seeks to explore the intricate relations between race, immigration, and crime, asking: what does this novel reveal about the antebellum social ideology, especially the maintenance of a social hierarchy by way of race and criminalization? 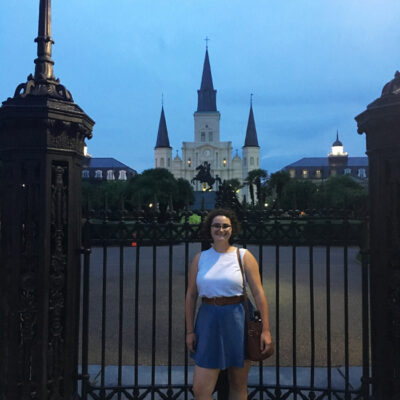