Silent No More: Giving Voice to the Women of Etruria

The unique visibility of Etruscan women has garnered great interest among scholars of Etruscology. That said, the status of these women in the 4th -1st century BCE, a period that witnessed the waning of Etruscan identity in the shadow of the emerging Roman Empire, has not yet been a major focus of study. Working to enhance our conception of the changing roles of women in Southern Etruria as they became assimilated into the patriarchal gender hierarchy of the Roman Republic, Micaela will be traveling to Rome to closely analyze the archaeological evidence from this transitional period, housed primarily in the Villa Guilia Museum. Her work will shed further light on these women in hopes of reaching a more complete understanding of the ancient foundations of our present conceptions of gender. 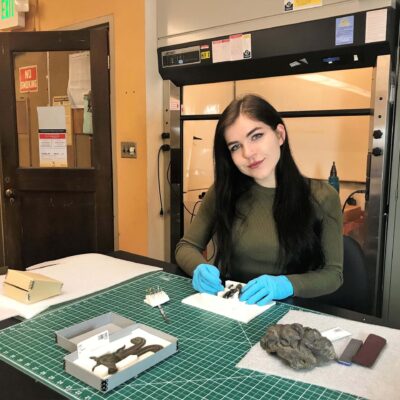