The expansion of Brazils 1.5 million member Movimiento dos Trabalhadores Rurais Sem Terra (MST) has provoked many changes. Two changes in particular occurred in the 1990s: the MST began to deviate from its traditional strategy of rural squatting by organizing urban land occupations; and the MST’s leadership structures changed to include committees charged with improving womens participation and leadership representation within the MST. Miriam will collect archival data and conduct interviews in Brazil this summer in order to investigate whether the MST’s rural to urban shift served as a catalyst for changes in the gendered dynamics of the organization. Ultimately, she hopes this project will lend critical understanding to the relationship between the gendered dimensions of social movements and the physical space in which they operate. 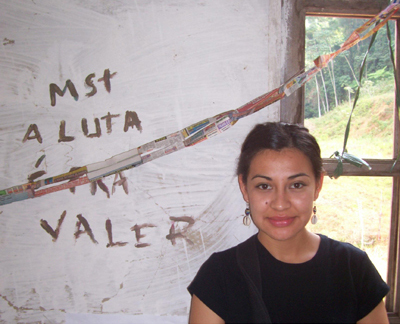