Miruna will research the representations of Gypsy identity in writings at two historical moments: first, the works produced by European non-Gypsy writers in the period from roughly 1770-1870, and second, the emerging work of Gypsy artists in Europe after 1989. Her study will examine how the nineteenth century development and current modifications of the concepts of nation-state, nationalism and national identity have affected the ways Gypsy identity–based neither on a common territory, a standardized language, or a normative set of institutions–is constituted. In addition to undertaking a comparative study of published literary works from England, France and Romania, she will also travel to the Romani Archives at the University of Texas at Austin to examine unpublished materials. Her resulting study will help us understand what is at stake by defining ourselves nationally, offering new perspectives on questions of state, citizenship, migration and the status of minorities. 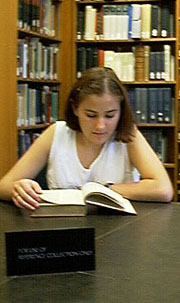