Current Bio: Since graduation Patrick has been a front-lines enviornment activist in the desert Southwest. Now he is Nevada State Director at the Center for Biological Diversity. He works with a team of attorneys and scientists to defend the imperiled species, public lands, water and climate of Nevada from the resource pillagers in the Trump administration and their corporate cronies who are destroying the biodiversity that makes life on Earth possible to turn a quick buck.
Haas Scholars Project: Solar energy is often proclaimed a solution to climate change, and perhaps its most visible incarnation has been the worldwide development of large-scale solar energy facilities in arid lands. These projects entail significant environmental and social externalities: endangered species loss, such as the desert tortoise in the California desert, and land use transformation, as on the sunflower farms of Andaluca, Spain, being two examples. State-led energy policy facilitates the rise of this industry, though subsidies, expedited review processes, and legislation. This paper seeks to understand compare U.S. and Spanish policy in this arena, using analyses of policy, law, economic data, environmental impact statements, field interviews, and surveys. A critical evaluation of these policy regimes, and their outcomes on the ground, may suggest a more environmentally and socially sustainable way forward. 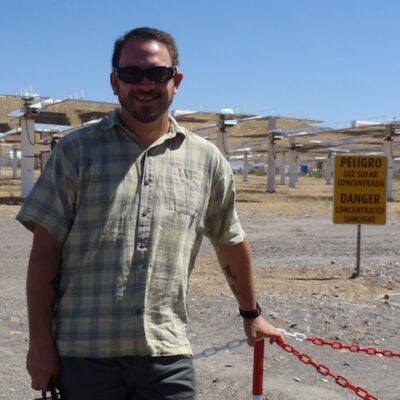