Double Crossing: The Impact of Immigration and Welfare Reform on Migration Between Mexico and the United States

Through a combination of quantitative analysis and qualitative field research, Peter’s Interdisciplinary Studies Field Major Senior Honors Thesis will investigate the effects of the 1996 Immigration and Welfare Reform Acts on the flows of undocumented migration between Mexico and the United States. Focusing particularly on the differential impact of this legislation on women and families, Peter will be testing his hypothesis that the new laws favor single people over families, men over women, and working-age people over children and the elderly, with the overall impact of encouraging cyclical migration rather than permanent settlement. Peter’s research project, which emerges out of his academic interests and his work as a community organizer, will help policy makers and the public better evaluate the complex issues surrounding immigration. 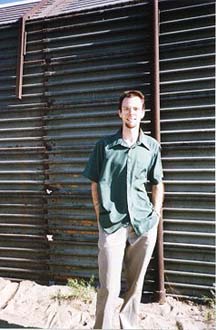