Geographies of Justice: Reconciliation, and the Role of Transitional Justice in Brazil

On November 18, 2011 federal law #12,528 created the National Truth Commission (Commiso Nacional da Verdade, CNV) in Brazil. The truth commission was created to examine the events carried out by the government, Foras Armadas, during the countrys military dictatorship and produce an official, truthful account of the period. The hope was that by embarking on a collective search for truth, the Brazilian population would work towards national reconciliation, and in the process strengthen their democracy. However, one year after the commission began, criticisms flood the process: many argue that the structure created prevents any reconciliation. By analyzing the rhetoric used in government documents and interviewing those involved in the truth process, I hope to answer the question how does the structure of Brazil’s truth commission affect the peoples’ sense of reconciliation, and broader conceptions of state and public power?

As my summer ends, I realize everythingthe dozens of books and countless articles I used in my literature review, the hours of interview audio, the pages of observations and field notes, the data sets from various governments and community organizations, the small phrases scribbled on folds of paper and business cards as I talked with people on the metro, and the all that Ive brought back but have yet to recognize-- will inform my research. I spent my time collecting stories, perspectives and opinions that allow me to understand why this project is important and how I can work with the communities involved to produce analysis that has impact (both in Brazil and abroad). A few examples of the different types of data I will be working with are below: June 15, 2013 Ive been examining these maps given to me by one of the state truth commissions. Its an excellent data set that uses social-networking software to map the relationships between those in the military regime and those persecuted. The commissions have tracked how military operatives infiltrated militant groups and selected whom to pursue. The information produced by this mapping is vital to creating a clear understanding of the events of dictatorship (a necessary step for any potential judicial process). While this technology impresses me, I hope to use it in all together different fashion. Relationship networks not included in this map peak my interest: who is being obscured from this process? I hope to compare the people included on the list to those who were persecuted by regime but not included in the official accounts. This will at the very least give me an idea who to try to reach out to for interviews and a deeper understanding of the politics of the truth-seeking process. June 21, 2013 I interviewed A today. Before the interview I was quite nervous because I had not interviewed someone of her position before. The interview provided a lot of valuable information but one part stands out: when I brought up the question of reconciliation she became hostile and a bit angry. I asked her what she thought about the inclusion of reconciliation as an official objective and she responded by telling me that reconciliation means trying to put two people in the same boat and in Brazil we will never be in the same boat. This struck me as an important definition of reconciliation. She continued, explaining that she was tired of people using the discourse of reconciliation, and enacting South Africa as a model, to explain what should happen in Brazils process, because Brazil was different. This idea that Brazil is different has been repeated to me multiple times but is something that has eluded further clarification. I know there is a piece of the process that I am not understanding and something I will need to have explained if I am going to be able to contextualize the interviews. July 11, 2013 The protests continue: in the middle of the street blockade I got into a conversation with a middle-aged woman about corruption, the current political climate and Brazils past. When I asked her what she thought the legacy of Brazils dictatorship was, she responded by telling me the scar tissue in her uterus was the personal legacy. She then spoke of her imprisonment and torture and their lasting physical and emotional effects. In the process, she articulated very clearly how the violence of the state (as enacted by the military police) was the legacy of the military regime playing out before our eyes. As I looked around the protest I saw dozens of military police units; marching through the streets, taking photos from rooftops, attempting to control protesters. The protesters, she continued, can also be seen as a legacya history of resistance and mobilization that extends throughout the country. 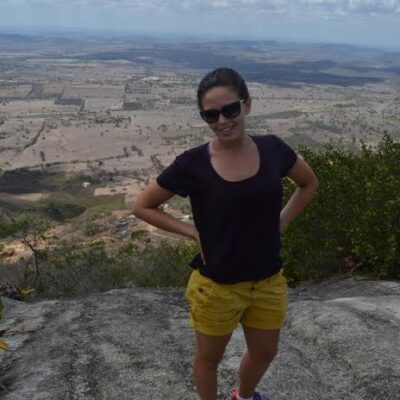