World-Making Potentiality in the Spatialization of the Quotidian

Rafael extends Jos Muozs queer utopian hermeneutic by synthesizing it with Henri Lefebvres theories of the quotidian and spatialization. Muozs method of analysis provides a framework for understanding minoritarian performance of futurity practices and embodiments of a world that should be. However, his analysis only briefly engages with everyday space and does not fully investigate how it performs futurity. After developing a Lefebvrian tuned queer utopian hermeneutic through literary analysis, Rafael will study urban New York City to understand how the quotidian is transformed into space, and the potential for that space to practice and imagine processes of a future world. They will investigate the performativity of public space, both alone and through its interaction with the general public. 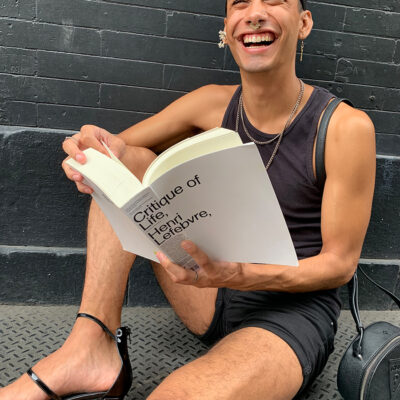