Rosario’s research will be speaking to the debate that abounds in California among archaeologists, ecologists, Native American scholars, and state and Federal agencies regarding the role that Native peoples played in shaping their environments. While some posit Native Californians were the ultimate eco-engineers, actively managing animal and plant communities, other scholars are more skeptical about the degree to which Native Californians managed ecosystems. In addressing some of these questions, Rosario’s research will feature ethnobotanical remains that may be the product of anthropogenic land management practices employed by Native peoples along the Santa Cruz Coast. 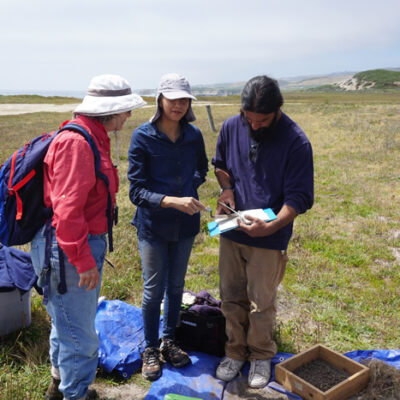