Redefining the Battle of Chavez Ravine: The Quest for Public Housing in 1950's Los Angeles

Sabina will travel to Los Angeles to examine historical evidence of the communication between the citizen and the politician to control the shape of the physical landscape of Chavez Ravine. Chavez Ravine was once a thriving Mexican-American community removed for construction of a massive public-housing site yet today Chavez Ravine is home to Dodger Stadium. Using the papers of prominent politicians, Mayor Norris Poulson and City Councilman Edward Roybal, she will examine the campaign rhetoric employed by these candidates who were at odds on the issue of public-housing and the response from the community. The battle between the residents, the city, the state, the federal government and the building industries for control of Chavez Ravine influenced public-housing policy across the nation and shaped the political and physical landscape of Los Angeles. 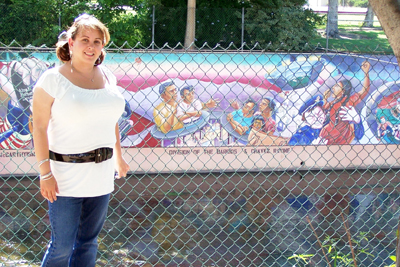